Ulefone Power 2: long-playing “Chinese” with a battery of 6050 mAh

Mar 17, 2017
The smartphone Ulefone Power 2 was announced in February, but the buyer will not reach the buyer until April. The main feature of this device is a powerful battery with a capacity of as much as 6050 mAh. 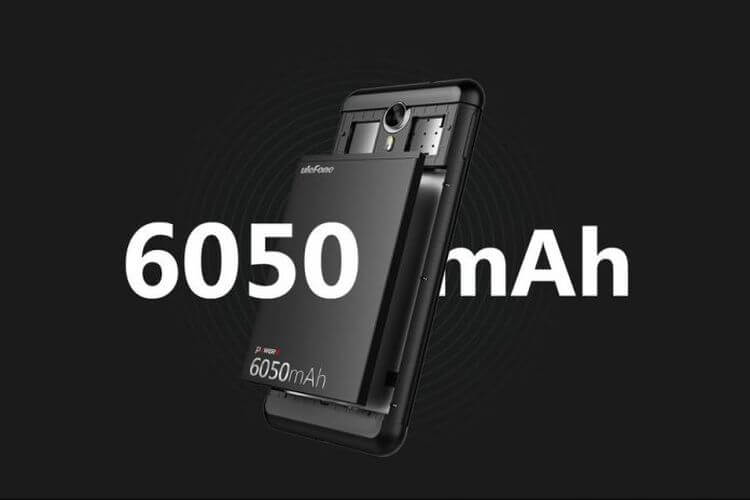 The Chinese company Gotron, which owns the Ulefone brand, clearly addressed the new Power 2 to those who value electronics first of all, autonomy.
From most other “long-playing” smartphones Ulefone Power 2 differs far from the weakest hardware “stuffing”. So, the gadget has as many as 4 GB of RAM and a built-in storage capacity of 64 Gb. That is quite “adult”.
As for the mobile processor used in the Power 2, there is no exact data yet. Released a year ago, its predecessor is based on the MediaTek MT6753 chipset. Now it would be timely to put MediaTek Helio P10 (there is support for fast charging and 4 GB of RAM). 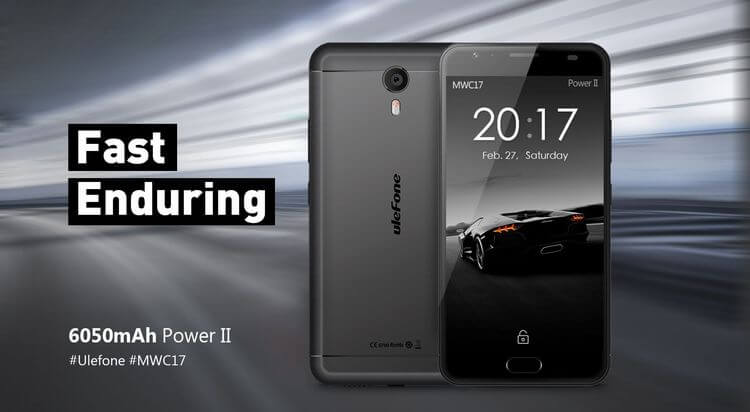 It is important to note that Ulefone Power 2 has a removable battery. And this means that you can buy a spare battery to it and not carry around with you a much more cumbersome Power Bank.
It is expected that Power 2 will get a good camera. In any case, no worse than last year’s Ulefone Power, which used a 13-megapixel sensor Sony IMX214? “Front-camera”, most likely, will be “for a tick”.
From other smartphones with a large capacity battery, Ulefone Power 2 features a large 5.5-inch screen with a resolution of FullHD 1080 × 1920 pixels. Most other manufacturers put in the devices of this class more simple matrix HD Ready (720 × 1280). 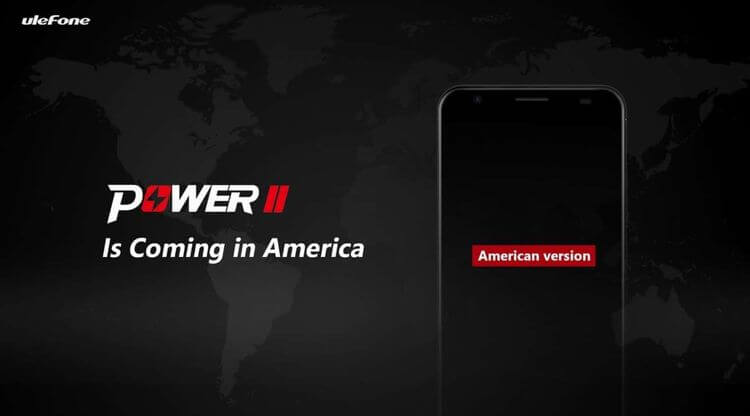 Initially, the new Ulefone will be available for order only in black, but in the future should appear golden and gray versions. The back cover of the device is made of metal.

Answers to the main questions on Power 2

This year, Ulefone will release a special Power 2 for sale in the US. It will be sold, as usual in the American market, through mobile operators.
For this reason, this modification of the smartphone should lose the support of two SIM-cards and in some cases can be tied to the “native” operator. It is not recommended to buy for use in Europe and CIS countries.