The veil of secrecy over the new flagship of the Korean company will be 26 February. Barcelona will present some official data about the Samsung Galaxy S8 at a special event at the international exhibition MWC 2017. 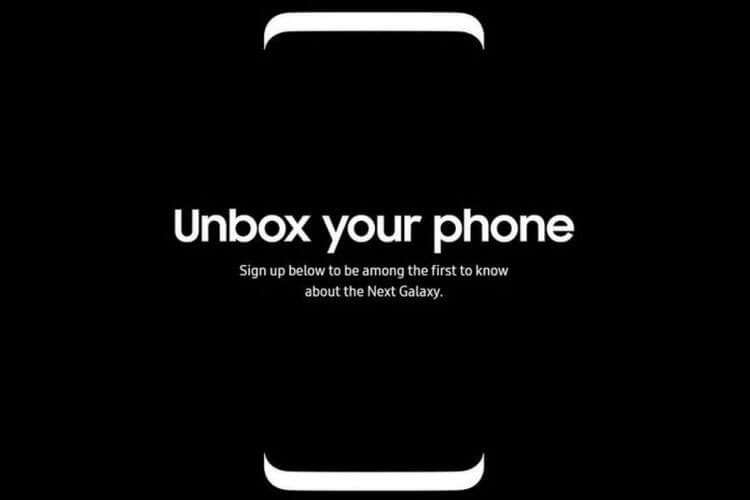 At this indirectly indicates a promising teaser slogan «Unbox you phone». It published an authoritative insider Evan Blass which appears on Twitter under the name @evleaks.

Of course, hardly a Samsung staff will present tomorrow the real Galaxy S8 and S8 Plus. Most likely, they just share the terms of launching new products, possibly price. We are unlikely to learn something new in terms of technical characteristics.
It is likely that Samsung prefers to catch the fog around the Galaxy S8. It does confuse not only his fans but also competitors. The ubiquitous Chinese clearly are getting ready to produce actual copies of the Korean champions under their own brands.

What will we see at the exhibition?

It is worth noting that at MWC 2017 will be presented as serious competitors Samsung Galaxy S8, as the Huawei P10 / P10 Plus and LG G6. The first has an excellent dual-core camera with a zoom lens. Also, it’s the second to the same is huge screen occupies almost 90% of the frontal plane.
It is this design concept was to reveal the world Galaxy S8 but something prevented Samsung introduce the new flagship in the usual terms. So, that Huawei and LG have all chances to “bite off” a very solid piece of the “pie” of the Korean giant.
Samsung Galaxy S8 «partially» will present for 26 of February at the MWC 2017 was last modified: February 26th, 2017 by Boby Sanburn

Today I have a very interesting copy of wireless over-ear headphones from Mixcder on the review. This is a Chinese...