The new flagship Samsung Galaxy S8 set a new record in the benchmark AnTuTu has 205 284 points, ahead of a noticeable margin of all its competitors. It’s no secret that some buyers make their choice when buying a smartphone based on popular utilities for testing performance. 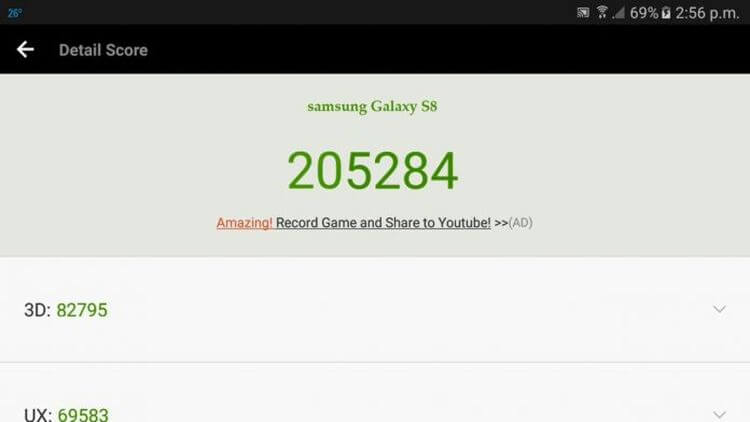 As for the tested version of the Galaxy S8 in AnTuTu, it is an international modification of the SM-G950F with 4GB of RAM based on the chipset of its own design Exynos 8895.

The latter has already managed to show its superiority over the competing development of Qualcomm Snapdragon 835.

Until now, the highest figure in AnTuTu belonged to Apple iPhone 7 Plus, the speed of which was estimated at 181 316 “parrots.” Samsung Galaxy S8 with its record raised the bar by 23 968 points. And this, quite possibly, is not the limit, if a test prototype of a smartphone was tested in the benchmark. 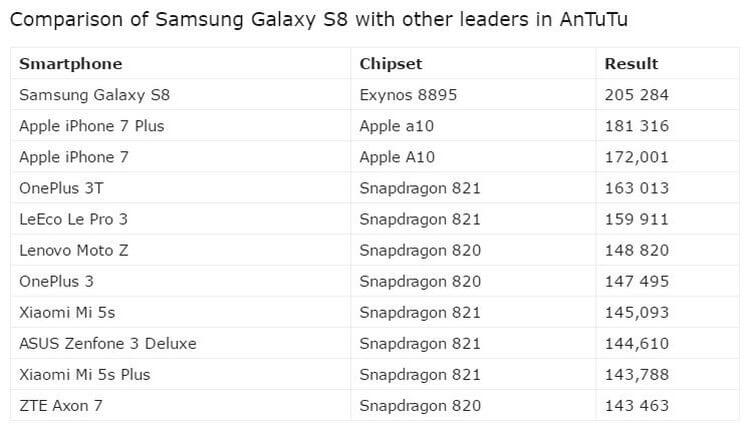 It should be noted that unlike another popular application – GeekBench, AnTuTu evaluates not only the performance of the processor but also the whole “hardware” in general – including the graphics subsystem, which indicates the high efficiency of the new ARM Mali-G71 GPU.
Samsung Galaxy S8 broke record AnTuTu with result of 205 284 points was last modified: March 20th, 2017 by Boby Sanburn