Mar 22, 2017
The Europe loudspeaker manufacturer Teufel offers the Boomster an XL version aside. And we have never seen such a Bluetooth speaker. The thing is as big as two soccer balls – and also sounds the entire sports field. In the test of the Teufel Boomster XL, however, we pay attention not only to the loud but also to the quiet sounds. 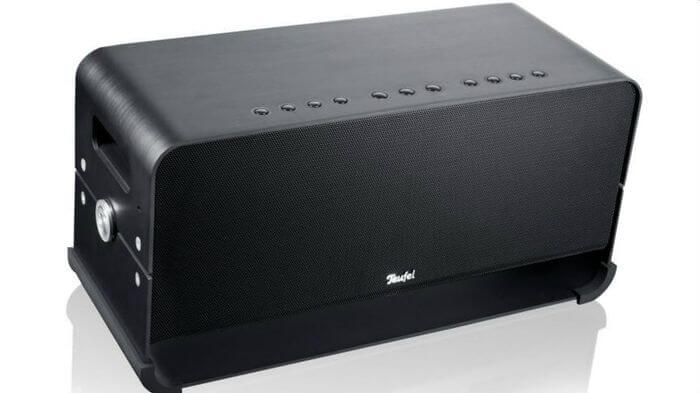 At the barbecue evening, on the terrace, at the festival, as an icebreaker in the subway or as an alarm system:

You probably already have a suitable scenario for the Teufel Boomster XL in mind. Maybe you already know the slightly smaller model, the devil Boomster and have always longed for a little more punch. The test device provides for it loose, sufficient play money provided.

You can see it, on the one hand, the technical data, on the other hand, the price tag: The Teufel Boomster XL is different than the nice Bluetooth speaker next door. When the hands touch the side grips of the mega-speakers in the cardboard box and pull Mr. Megaboom out to daylight is a bad physical condition, because the part is damned with its ten kilograms.
The outer cover is made of anodized aluminum, which is only available in black. Fingerprints will stick easily to the surface and remain visible for some time. The colossus rests on solid rubber feet – this might dampen a bit the impact on the submarine’s head if the Boomster XL has searched its way through the parquet, so we hope in any case. 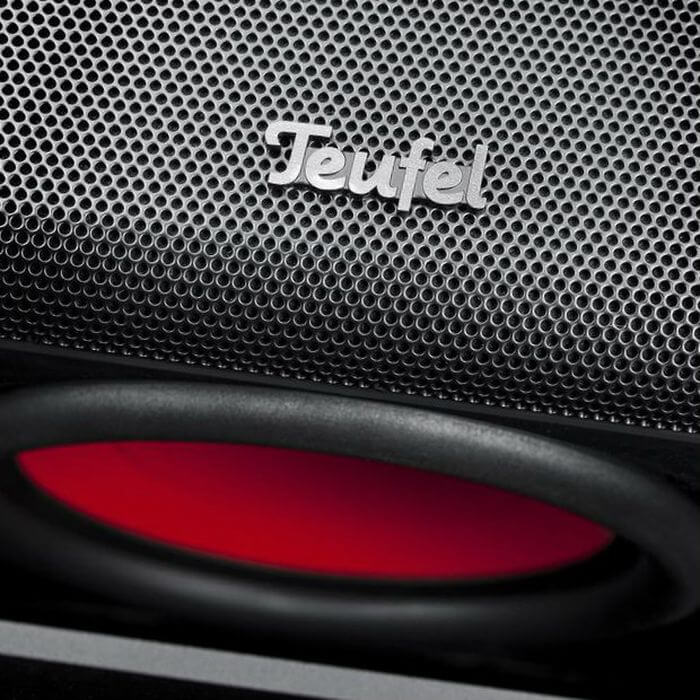 The processing quality is first-class. We cannot discover gaps or similar indecent things. The drivers are protected by a solid metal grille from external influences. Critics may object that the down fire subwoofer, which is not visible at first sight, has to do without such a grid. However, we do not see a danger of damaging the membrane by awkward actions in everyday life.
Eleven buttons, all diabolically red illuminated, we find on the top, a gigantic battery compartment on the back. After releasing two cross-head screws, the energy dispenser, which allows a running time of up to eight hours (manufacturer’s specification), can also be changed.

The coupling process is completed with NFC-enabled mobile phones within seconds. But also with the iPhone, we had no problems with the coupling over the Bluetooth settings under iOS. The internal memory of the Teufel Boomster XL can memorize up to six Bluetooth devices. 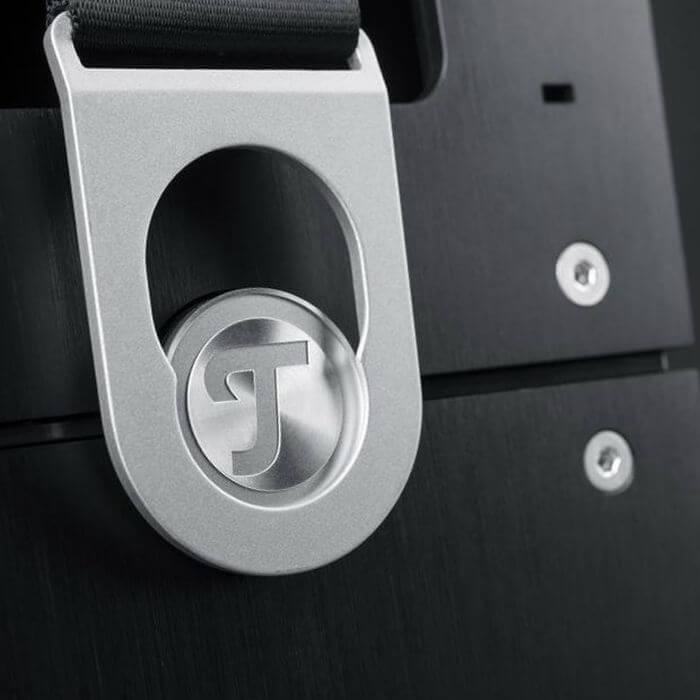 We can find the way the test device signals the currently selected volume. The 16 red shimmering LED reminds us strongly of K.I.T.T – we cannot get out of our skin.
The built-in radio (a throwing antenna is stowed in a compartment at the back) we take just as well. After all, football will be back soon. Three stations can be stored as long as a preset. With a coupled smartphone, the Boomster also turns into a truly powerful hands-free system.

Okay – it is not difficult to say that the Teufel Boomster XL is currently one of the best Bluetooth speakers. With such a punch we have “Stare” by Prince never heard on the balcony. It is good that the house management does not go with the time and in the house rules only of “loud music from stereo systems” is the speech. And this does not apply to the tester, worthy neighbor. Yes, we know what time it is. Be the first. 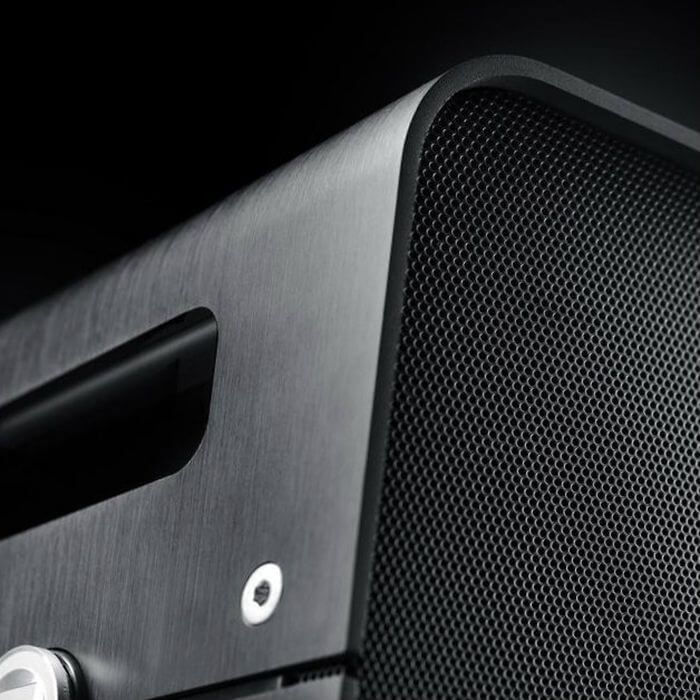 But we too would have welcomed the opportunity to combine two copies of the speaker into one stereo pair. Because a stereo effect is noticeable, but because of the spatial proximity of the drivers in the 2.1 system it is moderate. Also, thinks the now curious neighbor. In contrast to the maximum volume. It is so high that even spaces beyond the 50 square meters can be loosely and absolutely distortion-free. The only thing that rattles, are the cups on the shelf.
At the other end of the volume scale, and also that is remarkable, the Boomster is significantly quieter, as for example the compared grotesque tiny Urbanista Melbourne.
We are delighted that the devil is generally cultivated and balanced at all the possible pressures and is more balanced than most compact systems. He’ll only become a riot brother if you do it. For example, if you extract more bass from the control buttons on the top place the part directly on the floor and rings it again at the door.
“Is not a stereo system,” was lucky again. “Beer, bees?” “Beers! And do not call me Bees. “The Boomster XL brings people together more quickly than Tinder, and if you do not believe in that, turn to the local market square with a full uproar and the appropriate song (suggestion: Beatles, Come Together) A little with burning apples.

In the morning in the apartment, at noon during the sport, in the evening on the beach: We like the Teufel Boomster XL very well. Because it brings clean sound to remote places. Who puts the whole audiophile spectacles, of course, there are enough clues for criticism, for example with the only moderate spatiality or the stereo width. But we’re talking about a mobile Bluetooth speaker and not of a headphone or of high-end boxes of the upper league.