Mar 18, 2017
The multiroom audio specialist Sonos introduces a new WLAN speaker with Playbase. In contrast to the still available Playbar, the Playbase is placed under the television. We were already able to listen to the latest Sonos player. 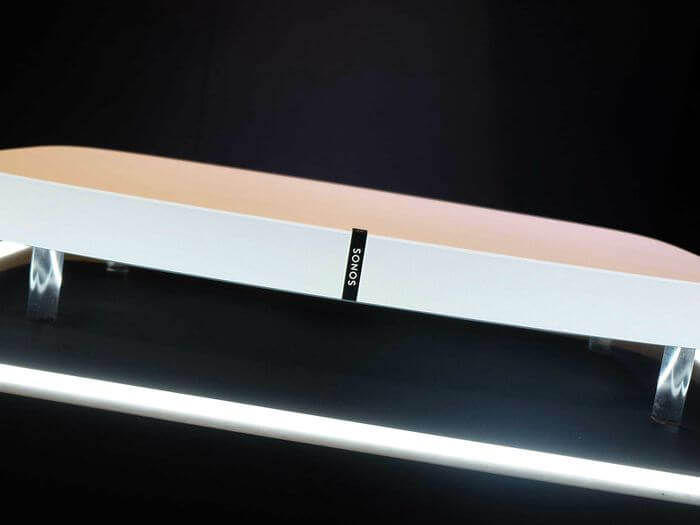 According to Sonos, 70 percent of all TVs do not hang on the wall but stand on a shelf, sideboard or similar. Therefore, it is almost a bit surprising that the manufacturer with the Playbase is now around the corner.

According to Sonos, some obstacles had to be cleared out of the way. The high point-to-point load on the TV supports, for example, which acts on the surface of the speaker, which is only 58 millimeters high, was a topic. In contrast to the classic soundbar, the TV is placed on the Playbase.

The Playbase offers the expensive flat screen TV a very solid underlay. Prominent 8.6 kilograms brings the sound base available from April in a choice of black or white housing for a price of 799 euros. The processing of the 720 x 380 x 58-millimeter measuring base is the first impression to judge perfectly.
Nobody housing is traversed on the front of more than 43,000 small holes, the diameter of which grows slightly towards the side. The housing is made of solid polycarbonate, which has high glass content for stability. According to the manufacturer, television sets with a diagonal of 70 inches should harmonize with the Playbase. If the TV does not fit on the Playbase, the feet can also be placed on the side of it.

We already know the basic setup of other Sonos players. The Playbase is only connected to the power supply and connected to the TV via an optical cable. Then still make the app the WLAN connection – finished. From now on, not only the TV complaint is played over the box, but the Playbase can also be integrated as a multiroom speaker. 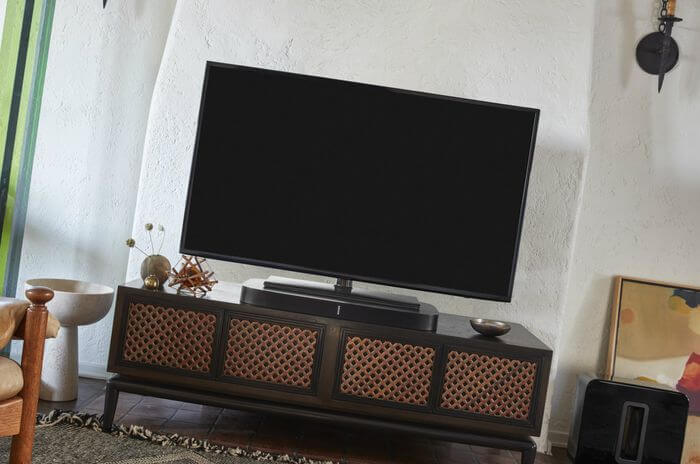 The Playbase should be like the Playbar both – both TV-sound-amplifier as well as solo entertainers. In addition, a surround setup can be made with suitable rear speakers such as the Play: 1. The powerful subwoofer Sonos Sub also fits well to the Playbase. We are looking for an HDMI or Cinch input on the back of the Playbase but in vain.

At our meeting with Sonos in Hamburg, the manufacturer had an extensive loft rents, in the center of the TV with the Playbase stood. The external subwoofer (Sonos SUB) and also the installed Play: 1 as rear speakers were initially deactivated so that we could concentrate fully on the sound of the Playbase.
When playing music (Radiohead: Everything in its right place) we immediately draw the parallel to the Playbar: That sounds quite similar. Little wonder – after all, Sonos relies on a similar set-up. A total of ten drivers (6 x mid-range drivers, 3 x high-frequency drivers, 1 x subwoofer) is hidden in the Playbase’s flat housing. Each speaker is driven by its own Class-D digital amplifier. 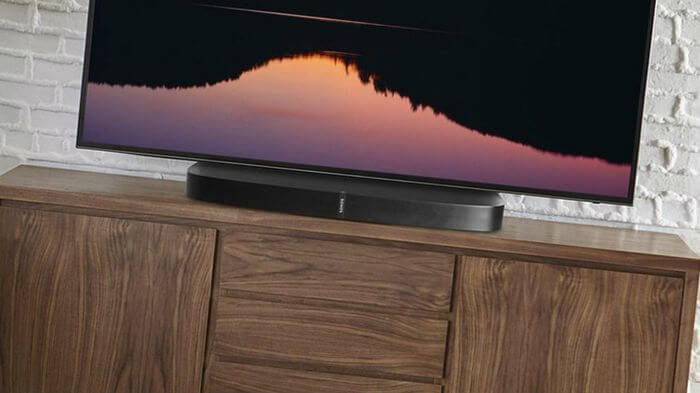 We find the bass, which is more in comparison to the Playbar. The whole creates the illusion of having taken up a much larger set-up. The stereo sound is good, which is also noticeable when playing a movie. Figures that go out of the picture, but do not cease to speak, appear suddenly in front of our inner eye.
The explosions in Star Wars – The Force Awakens are powerful, but not brand-chilling. Fear for the well-being of the neighbors we have only when Sonos connects the external subwoofer. Bottom line, the Playbase raises the TV sound into new spheres but is in fact also as a pure music player, whether solo or in combination with other Sonos devices.

Unlike many other Sonos players, Playbase does not have a built-in microphone. Rumors that the US manufacturer would use the internal microphones for “gadgets” like for a home intercom system, Sonos disperses in conversation with Awaqa. “We had planned to use the microphones for our sound optimization True play”. But the sound fine-tuning of the loudspeakers now takes place with the help of an iPhones.

How this in practice looks, one could not tell us yet. Whether it will be possible to combine zones by voice input or what streaming services are supported for startup. Certainly, the Playbase will soon support commands like “Play some of the Red Hot Chili Peppers in the living room”. 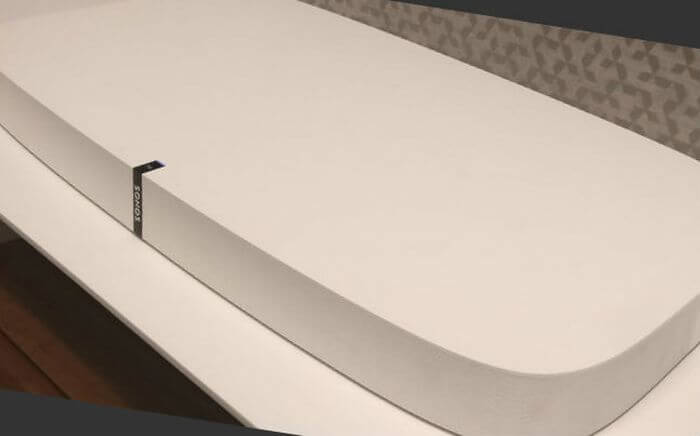 Sonos Playbase is available on April 4th in Germany, Austria, and Switzerland. The suggested retail price is 799 euros. This costs exactly the same as the Playbar. According to Sonos, there will be no special bundles, for example, with the subwoofer.

Conclusion: That means Awaqa to the Sonos Playbase

The Playbase not only boosted the TV sound but is also suitable as a source of music in the house. Both as a solo, as well as in conjunction with other Sonos speakers, it can be wonderfully “integrated into the residential landscape,” as it is so beautiful. Sound and processing are very good. If you have already belonged to a Playbar, but will not find a suitable place for wall mounting, you will be pleased with the product expansion. The sound is similar to that of the Playbar. Alternatives to the Sonos system can be found in this purchase advice on Awaqa. It’s about Yamaha’s MusicCast.