With the Razer Blade in the 2017 version, we are sending a compact gaming notebook, which wants to convince with a fast Intel Core i7 processor and the Nvidia GeForce GTX 1060 graphics. 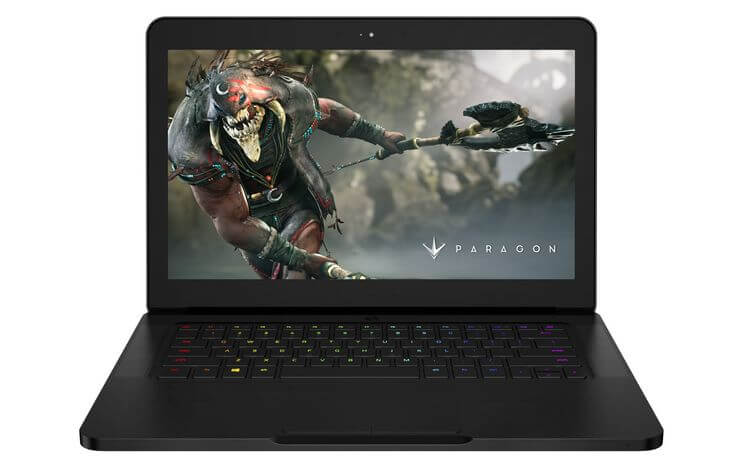 The price is 2700 euros including a 1000 GB SSD certainly no bargain. The Razer Blade Laptop also has a lot to offer. If you can convince the whole package, you will find in our test report.

German Razer fans can look forward to it

After initial delivery problems, the new 14 inch Razer Blade is available in sufficient quantities all over Germany. The manufacturer known for gaming equipment promises no less than “gaming in perfection”, packaged in a slim and lightweight aluminum case. 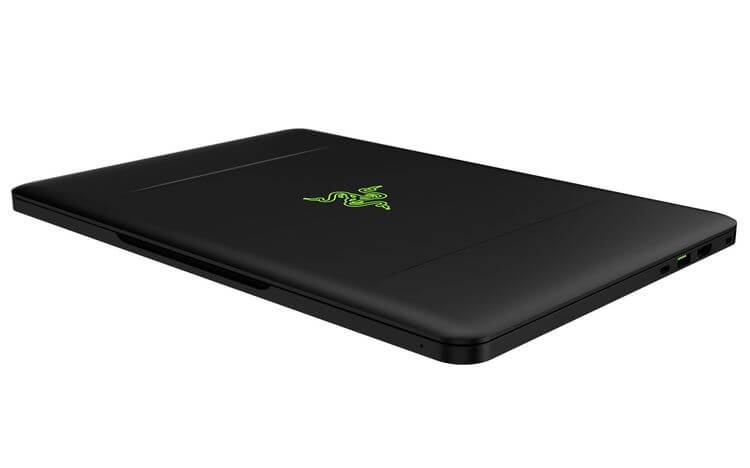 Optically and haptically, the blade leaves a very good impression. The value and stability of the 17.9 millimeters high and 1.89 kg games are comparable to that of an Apple MacBook Pro. Completely in anthracite and black, Razer only sets gaming accents. For example with the green company logo on the lid of the notebook and discreetly green colored USB ports. 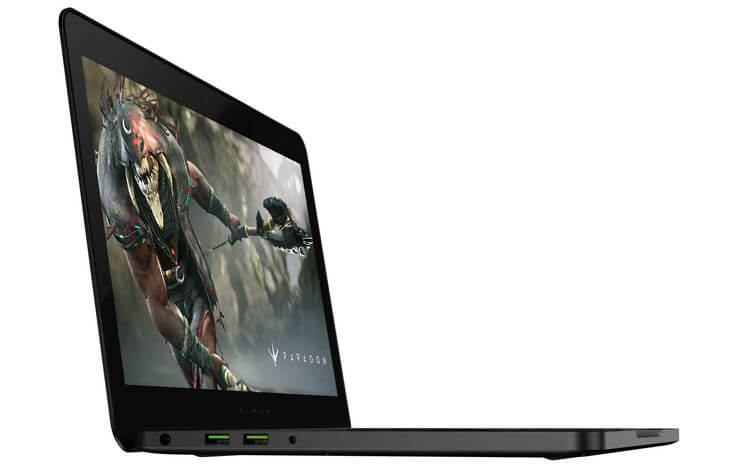 Understatement means the keyword. With its simple design, the Razer Blade finds its place in the gaming environment as well as the next serious meeting in the office, without you in the locker drawer to put.
Unlike other manufacturers, Razer uses a classic two-line Enter key for the German keyboard layout. The keyboard with the well-known Chroma illumination as well as the touchpad with separate matte keys can convince in the test. 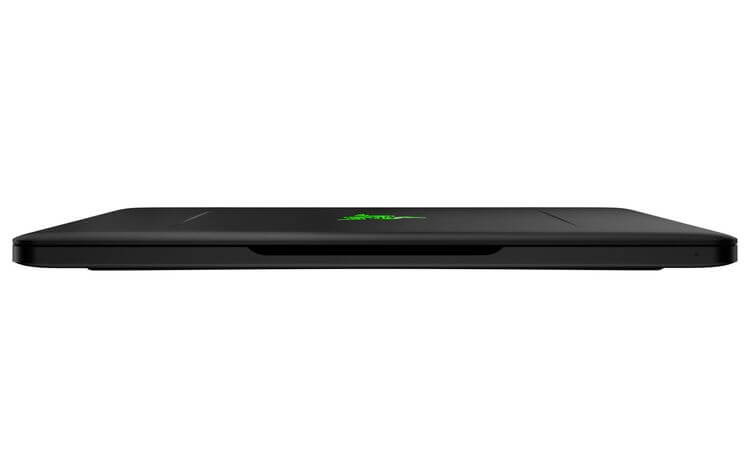 The multiplayer and players will enjoy a pleasantly short hike and good navigation under Microsoft Windows 10. External accessories, such as mice, monitors, and USB sticks, can be connected via the three available USB 3.0 ports; HDMI 2.0 and a USB 3.1 type C interface, including Thunderbolt 3 support. Wirelessly, the Razer Blade 2017 notebook has WLAN-ac (killer 1535) and Bluetooth 4.1. A Gigabit Ethernet connection is not available and should be retrofitted via USB. 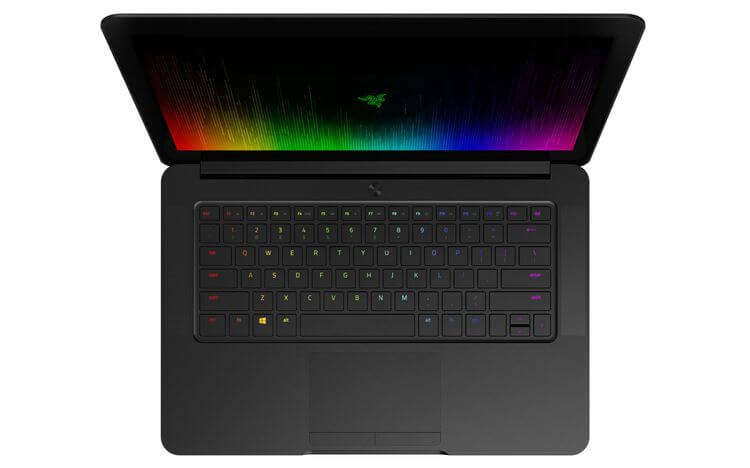 The 14-inch Razer Blade’s internal life, which is relevant to gamers, is equipped with an Intel Core i7-6700HQ quad-core processor. With its clock speeds up to 3.5 GHz, this was the most widely used chip in the gaming sector. It still delivers very good performance after the release of the recently released Intel Kaby Lake processors. It has 16 GB of memory (DDR4, 2.133 MHz) and a fast 1 TB M.2 SSD with transfer rates of up to 1.9 GB / s. This team is paired with the current Nvidia GeForce GTX 1060 graphics card, which has over 6 GB of GDDR5 video memory and can even surpass the last year’s GeForce GTX 980M performance. 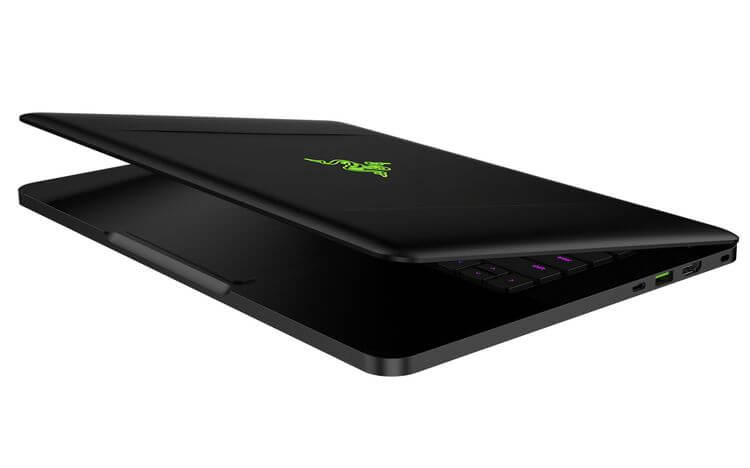 In addition to demanding multimedia tasks, the Razer Blade 2017 notebook easily handles titles like Titanfall 2, Battlefield 1, FIFA 17, Overwatch, Watchdogs 2 or Dishonored 2 with maximum detail in FullHD. So, the all-time favorites and also in the eSport popular games like Dota 2, League of Legends (LoL), World of Warcraft (WoW), Starcraft 2 and Counter-Strike: Global Offensive (CS: GO) are a children’s game Built hardware of the 14-inch gaming laptop. You can find more system benchmarks at the bottom of this test.
Matte FullHD displays (1920 x 1080 pixels) are still very popular with gamers. Alternatively, you can buy a QHD + display (3200 x 1800 pixels) with a glossy touch surface. The illumination of the FHD version available to us is on average at 280 cd / m², the contrast at over 1,000: 1. 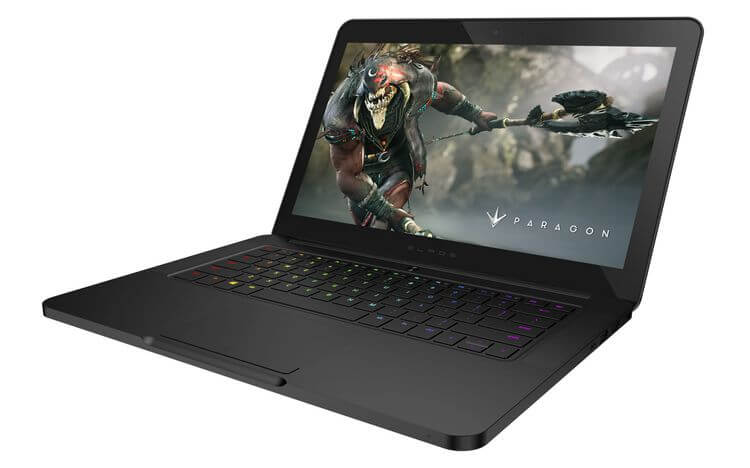 The brightness is perfect for interior areas, but the IPS panel quickly reaches its limits in sunny outdoor areas. At a price of 2.699 euros, we would have expected a much brighter screen. Even with anti-reflective monitors, the lighting should be at least 350 cd / m², in order to be able to operate almost without restrictions in the outdoor area.
Individually viewed, the powerful hardware and the slim housing can convince. However, as with many gaming laptops of this type, the volume, as well as the heat development, quickly takes over. The current Razer Blade 2017 is also to be found. At high loads, we measure temperatures of up to 48 degrees Celsius at the housing surface. The fans can also be turned up to a clearly audible 50 dB (A).
In demanding gaming mode, the Blade should take place on the desk rather than on your lap. In light office mode, however, the critical points are limited, although the fan does not switch off completely. However, if you want to use the Razer Blade as a pure-bred game notebook, you have to get used to the high emissions. 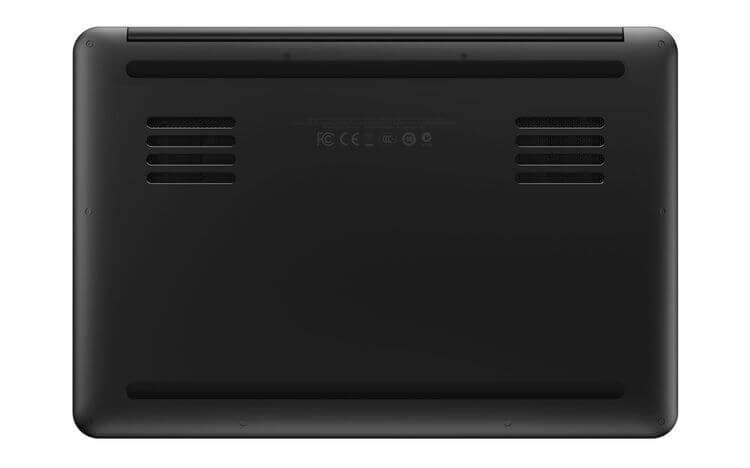 Finally, we look at the battery times of the 14 inch. In idle, with deactivated radio connections and dimmed display brightness, we reach almost 13 hours in our tests with a charge of the 70Wh battery. Under maximum capacity, this value shrinks to the usual 1.5 hours or less. The practical average is therefore 7 hours in the so-called mixed operation from office, multimedia and gaming. The local video operation can often end after 5 hours, and the game should be 2-3 hours depending on the title and graphics settings.

The new 14 inch Razer Blade (2017) can be described as a successful gaming litter. Powerful Intel and Nvidia components meet a stylish, slim aluminum housing. Not for nothing are the Blade notebooks in the scene called the “Apple for gamers”. The high quality also has its price. Just under 2,700 euros must be paid for the FullHD version with 1 TB SSD. Manufacturers such as Acer, Lenovo or HP can offer you this package probably more tastefully, but without the look and feel of a MacBook Pro. Also in terms of display brightness and emissions (volume & temperature), the US-American company has to improve on future notebooks. 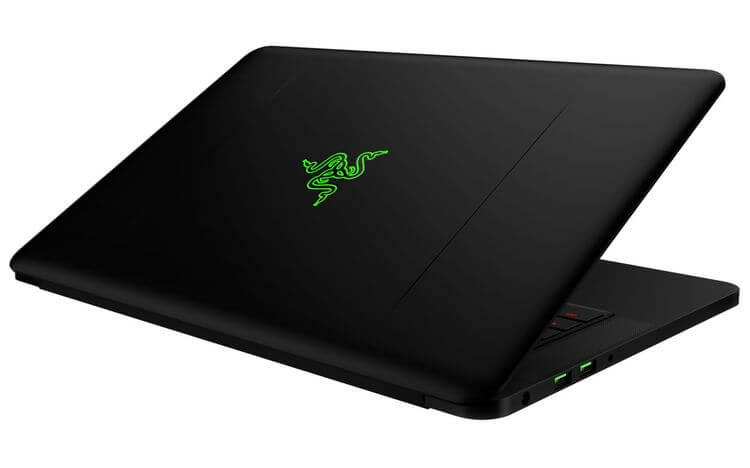 The bottom line is a high-performance 14-inch notebook with good performance in the areas of the office, multimedia and, above all, gaming. With 100 cd / m² more on the screen, 10 decibels quieter fans and a 5-10 degree cooler housing one could have reached the already promised “gaming in perfection”.
Review Razer Blade 2017 Gaming Laptop – Powerful 14 inch notebook was last modified: March 12th, 2017 by Boby Sanburn