The portable mini LED projector LG PH450UG has a built-in rechargeable battery and can be wirelessly fed from the smartphone or notebook. The compact short distance projector raises an image of up to 80 inches with up to 450 lumens to the wall. In the test, it leaves a good impression, also due to the uncomplicated interaction with Google’s Chromcast. 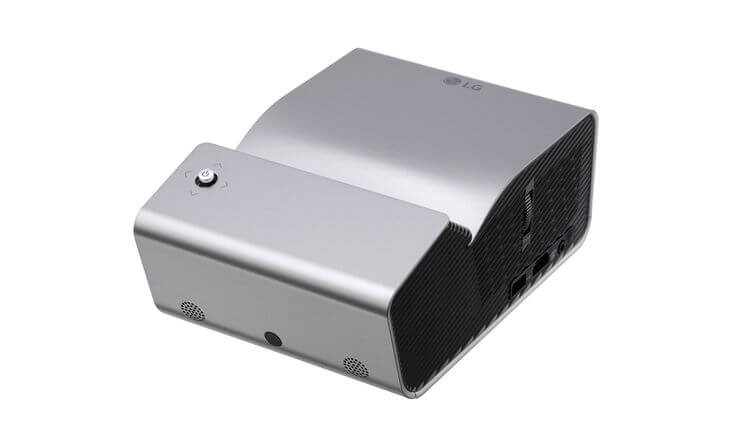 According to the non-committal price recommendation, 650 euro expensive LG PH450UG fails at the same point, where also its mobile colleagues usually despair. With a light output of 450 lumens, it does not create on sunny days, a sufficiently bright picture to the wall. But already in lightly darkened rooms or in the shaded outdoor, he convinces. Online is already available for almost 560 euros.
The test device is a so-called ultra-short distance beamer. Already 33 centimeters are enough to project an image of up to 80 inches (203 centimeters). 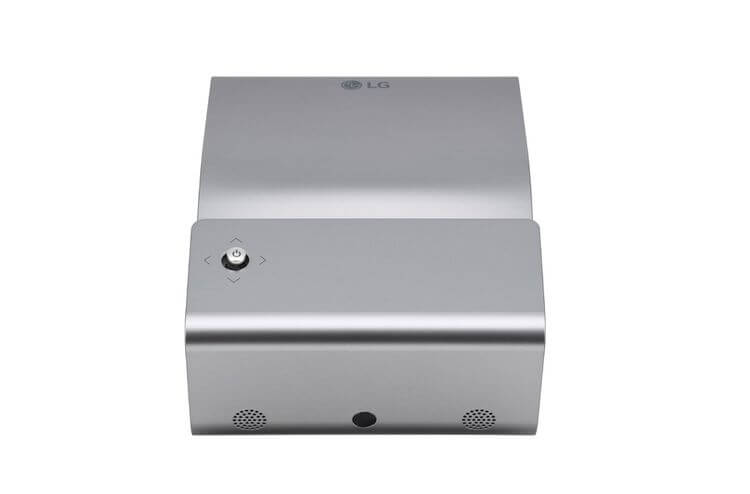 The small silver box with a base of 20.0 x 13.2 x 8.1 centimeters weighs just 1092 grams and can be worn easily with one hand. The housing is made entirely of plastic. The external power supply adds an additional 410 grams to the balance. Large-area ventilation slots on the side allow a view into the interior of the beamer housing. We see two fans, the volume of which will be discussed in detail later.
The general processing quality gives no reason for criticism. However, we would have wanted a transport cover for the light exit area, since fingerprints accumulate quickly on the Plexiglas disc.

Connections: Everything on radio

LG is full on radio. The Pocket beamer therefore not only has a built-in Bluetooth module but also receives video signals wirelessly via WiDi or Miracast. 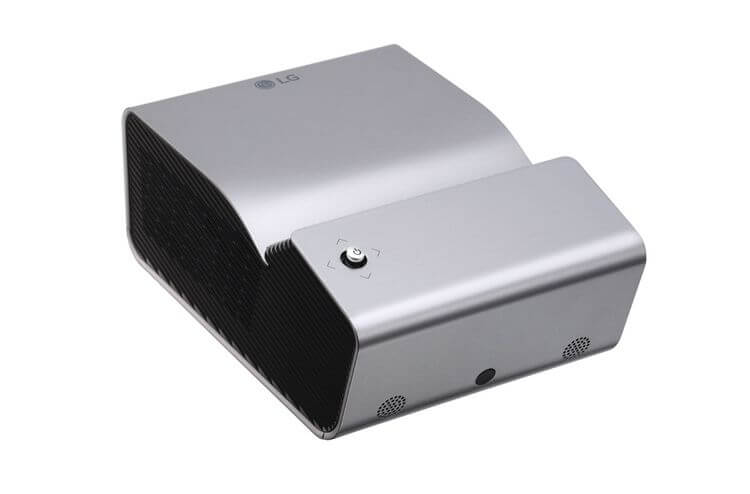 What is more uncomplicated in everyday life, however, is cable-bound playing. For this purpose the LG Beamer has an HDMI input and also a USB port is installed. We recorded the PH450UG in the test mainly with a cable connected iPhone. For this, we did not use the original Apple AV adapter for barely 50 euros, but a Lightning 8-pin HDMI cable from Amazon for around 14 euros. Since the loudspeakers in the Beamer, with permission, subterranean sound, we transferred the sound wirelessly to a good Bluetooth speaker.
Class alternative: Google Chromcast Ultra. The mini-puck was simply connected via HDMI and USB to the beamer, now just the WLAN network and the cable transfer starts, for example, from YouTube videos.

Operation: On the unit or by remote control

The control system does not present unsolved problems to inexperienced people. On the beamer it there is mechanical on and off switch as well as a four-way control joystick for the screen menus. It is more convenient to click through the menus or change the input signal with the remote control. This is included in the scope of supply and offers 29 keys. 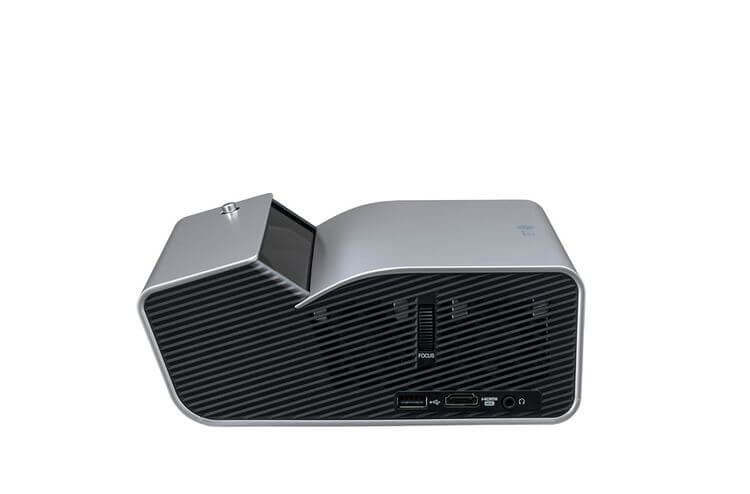 Unusual: In the factory state, the portable projector is trimmed to absolute energy savings. So do not be equally shocked when you first try the LG Beamer and are disappointed by the dark image.

If we set the energy saving level to a minimum, a room that is not completely darkened is enough to make a movie feel. Impressive are short-term beamer like the test device again and again because they can be placed close to the wall and thus the installation is much more flexible.
Thus, according to the manufacturer, a wall distance of only 7.5 centimeters is sufficient to project a 40-inch image. We measure and astonish: Even at a distance of only 4.5 centimeters, the PH450UG creates a sharp image. At maximum, it delivers an 80-inch image and is then 33 centimeters away from the wall. The farther you get off the wall with the beamer, the darker the picture becomes.
The display is in 16: 9 format and alternatively in 4: 3. You’ll have to take the risk out of the resolution because the test device delivers only HD (1280 x 720 pixels). We do not see this as a dramatic fact.
The focus is manually on the side of the wheel. In addition, the Mini Beamer has a manual and (less well functioning) automatic keystone correction, which can be triggered directly by the device or by remote control. You do not have to worry about the consequences because LG is using environmentally-friendly LED technology. According to manufacturers, the lights go out after ten years – if you have the beamer daily eight hours in the employment.

In the battery operation, the brightness is drastically reduced. Therefore, you should plan the battery operation only for exceptional situations. Even plug-in-independent running time is not satisfactory. LG gives an accumulation time of up to 2.5 hours.
We did not reach this value at all in our three test runs, but the average brightness of 1.5 hours was average. For current blockbusters, it is already scarce. You can use the internal battery of the LG-Beamers also as a Powerbank for your USB-connected smartphone. This works but unfortunately only when the beamer is switched on and ready for operation – ie: when he projects an image. The installed fans hardly interfere with the operation. Only in absolutely quiet rooms can they be heard from a typical seat distance.

The LG PH450UG can shine at business presentations. Here, the rather short battery life plays a rather subordinate role and usually there are shutters or pleats that can be concluded. However, we can also imagine the mini-projector for use in mobile homes or in their own four walls. Thanks to the uncomplicated coupling of modern smartphones or via Chromecast, most people interested will probably already have a suitable deployment scenario in mind.
Review LG PH450UG test: Accu-powered mini-projector for the short distance was last modified: March 18th, 2017 by Boby Sanburn