Mar 26, 2017
HTC wants to get back into the limelight with the 5.7-inch large HTC U Ultra. A glass case, a second display and an artificial intelligence called Sense Companion will help. Is this enough to make Samsung and Apple competing? 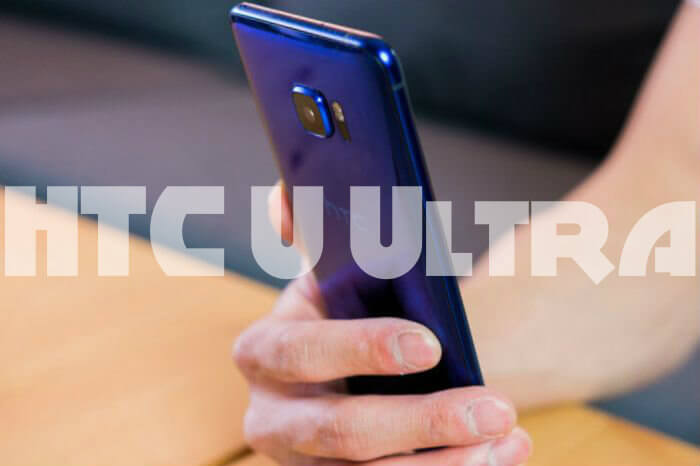 Who still remembers the time, when Samsung and Apple were not yet divided among themselves the smartphone market? This is not so long ago. In 2010 Samsung’s Galaxy series was just born. Instead of Galaxy S and Co. dominated other devices the Android world – notably the HTC Desire and the HTC Wildfire.
Today the equipment of the Taiwanese manufacturer largely disappeared from public perception. This is now to change with the HTC U Ultra again. The 5.7-inch Phablet HTC wants back into the spotlight. For this, the manufacturer dares a radical new start. This is already clear in the design of the new top smartphone.

Design and processing: HTC U Ultra

For years, the name HTC was associated with metal smartphones. The HTC One, which has been released in 2013, continues to impress with its antenna strips the design of many smartphones with all-metal enclosures – including the iPhone 6. The manufacturer wants to use its premium smartphones on glass as a material. HTC wants to stand out from the mass of metal smartphones. 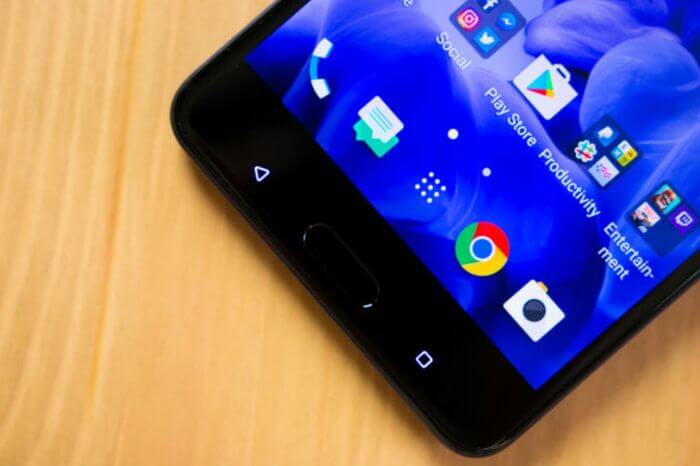 With the HTC U Ultra, only the frame is made of metal, the back consists of glass, more precisely from several colored glass layers that are fused together in an “Optical Spectrum Hybrid Deposition”. Why does HTC use multiple layers of glass? In addition to increased robustness, the process provides for more variety in design. For example, HTC uses a different color of the base color for each layer of glass. This ensures that the back side is darker or lighter depending on the incidence of light in daylight. “The device should never look the same, but be individual” is the credo of the Taiwan manufacturer for the HTC U Ultra. 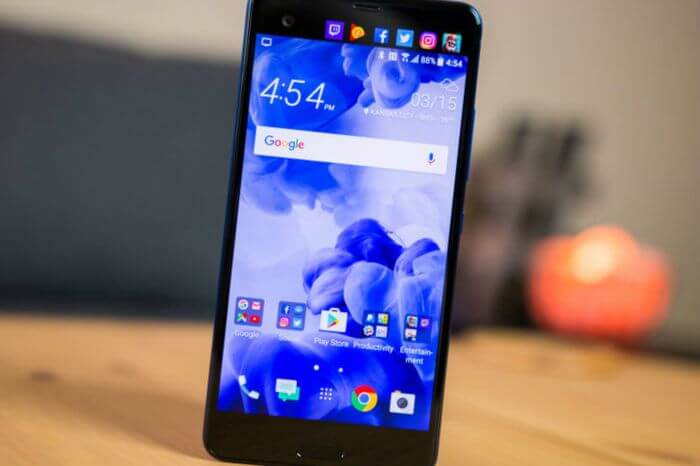 HTC does not rely on any glass in the U Ultra. The front is protected by the new Corning Gorilla glass 5. Compared to older gorilla-glass generations, it is to be less sensitive to falls. If this is too ordinary, the HTC U Ultra can also order with 128-gigabyte memory and scratch-resistant sapphire glass at the front.
With its unusual look, the HTC U Ultra is a real sight; unfortunately, the smartphone also attracts lint, dust, and fingerprints magically. The smallest touch is enough to leave ugly “tapes” on the cover. These are easy to see thanks to the highly reflective cover and are also difficult to remove with a microfiber cloth. Particularly on the protruding Kameralinse, the dirt adheres hard-kneed. This, of course, reduces the positive first impression. 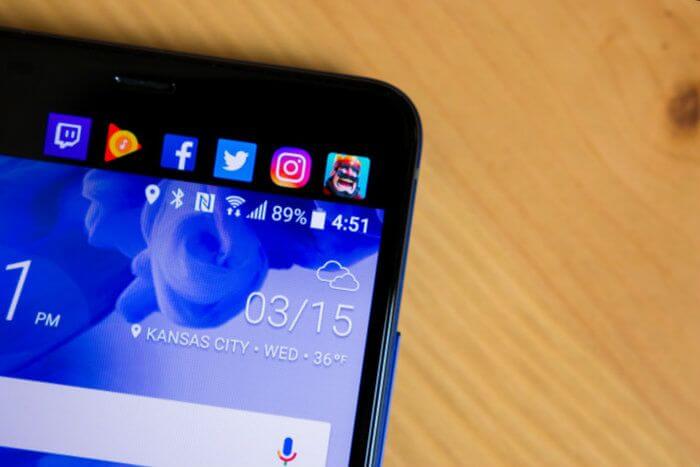 In the test, we also missed the transition between the glass cover and the metal frame at the bottom of the device. Through a small gap, it acts as if the cover could be removed. This could confuse some users. For this, the HTC U Ultra scores with a comparatively low weight. With 170 grams, it is about 20 grams lighter than the iPhone 7 Plus, the LG V10 and the Mate 9. At 162.4 x 79.8 x 8 millimeters, the U Ultra is comparatively compact. Despite the 6-inch screen, it is hardly bigger than many a 5.5-inch smartphone.

Not only in terms of design, but also in the display, HTC goes new ways. In addition to the 5.7-inch screen, the HTC U Ultra offers a second display above the skin screen. Practically! You will find everything you want to see in the settings. 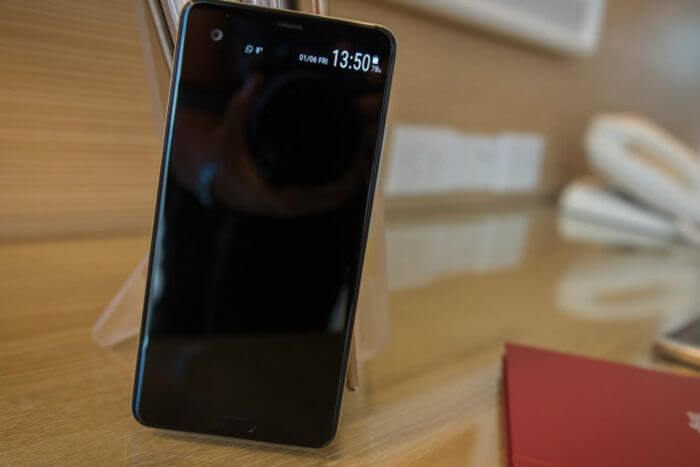 The auxiliary screen can assume other functions, depending on whether the main screen is switched on or off. The screen is also sensitive to touch, thus also allows interactions. Operation and functionality reminded in the test of the LG V10, which also offers a 2.1-inch additional display over the main screen.

The second screen is supposed to be smoother at the HTC U Ultra. This is caused by a Sense Companion called artificial intelligence (AI). The AI should, for example, recognize the contacts with which you communicate frequently and only display messages from these as a pop-up in the second display. The Sense Companion is to not only manage the notifications on the second display on the HTC U Ultra but also help you in all areas. 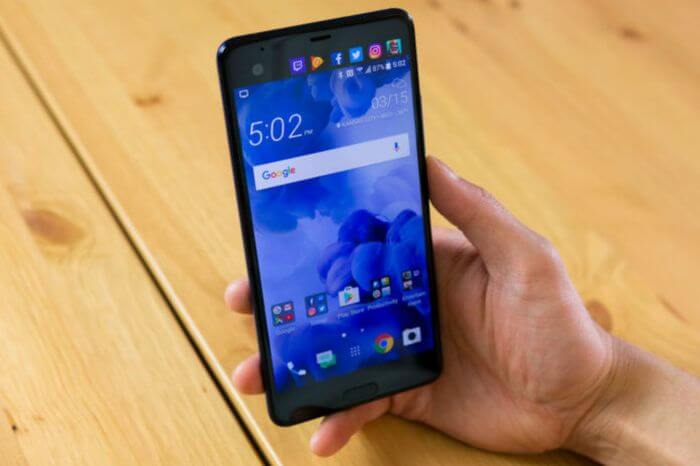 For example, Sense Companion monitors your usage behavior and calculates how long the smartphone can handle without power supply. If this period of time is not enough to cover all appointments entered in the calendar, the AI asks you to load the smartphone or to pack a Powerpack. The Sense Companion is also to be introduced into the phone and contacts app.

The Sense Companion can be controlled by voice. For the best possible quality, HTC in the HTC U Ultra incorporates four high-performance microphones, which are similarly used in the Amazon speaker echo. Thanks to this, the Sense Companion will be able to understand your voice, even from a distance of five meters, and can distinguish it from others. So even the unlocking of the smartphone by voice command is possible. 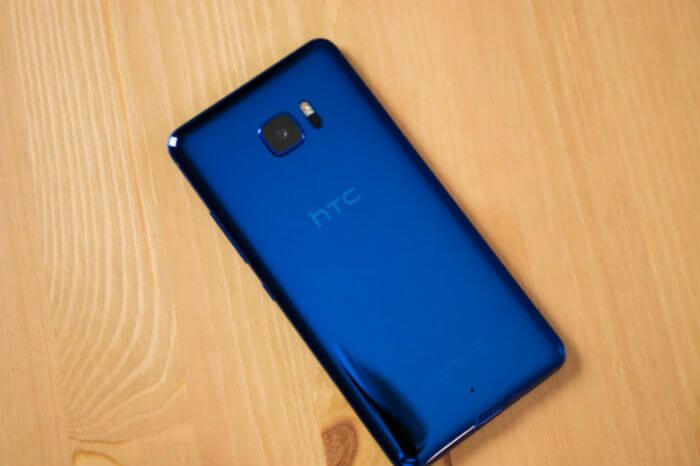 As far as the theory, the practice looks different. At the end of February, the Sense Companion was not finished yet, and HTC has updated the feature by the update. However, the range of functions is still limited. Unlocking the smartphone by voice command or calling the companion a task is not yet possible. Instead, it shows you only Google Now-style cards. We cannot recognize any added value compared to other wizards, such as the Google Assistant. Too bad!

In terms of hardware, the HTC U Ultra is a mix of the HTC Pixel Google and the HTC Evo. The hardware mainly comes from the fall of 2016. The processor is, for example, the Qualcomm Quad-Core chip Snapdragon 821, with four gigabytes of memory. Out-Dated, the HTC U Ultra is not so long, but you can in a few weeks at the same price also smartphones with a newer processor – such as the Galaxy S8. You should consider this in your purchase decision. 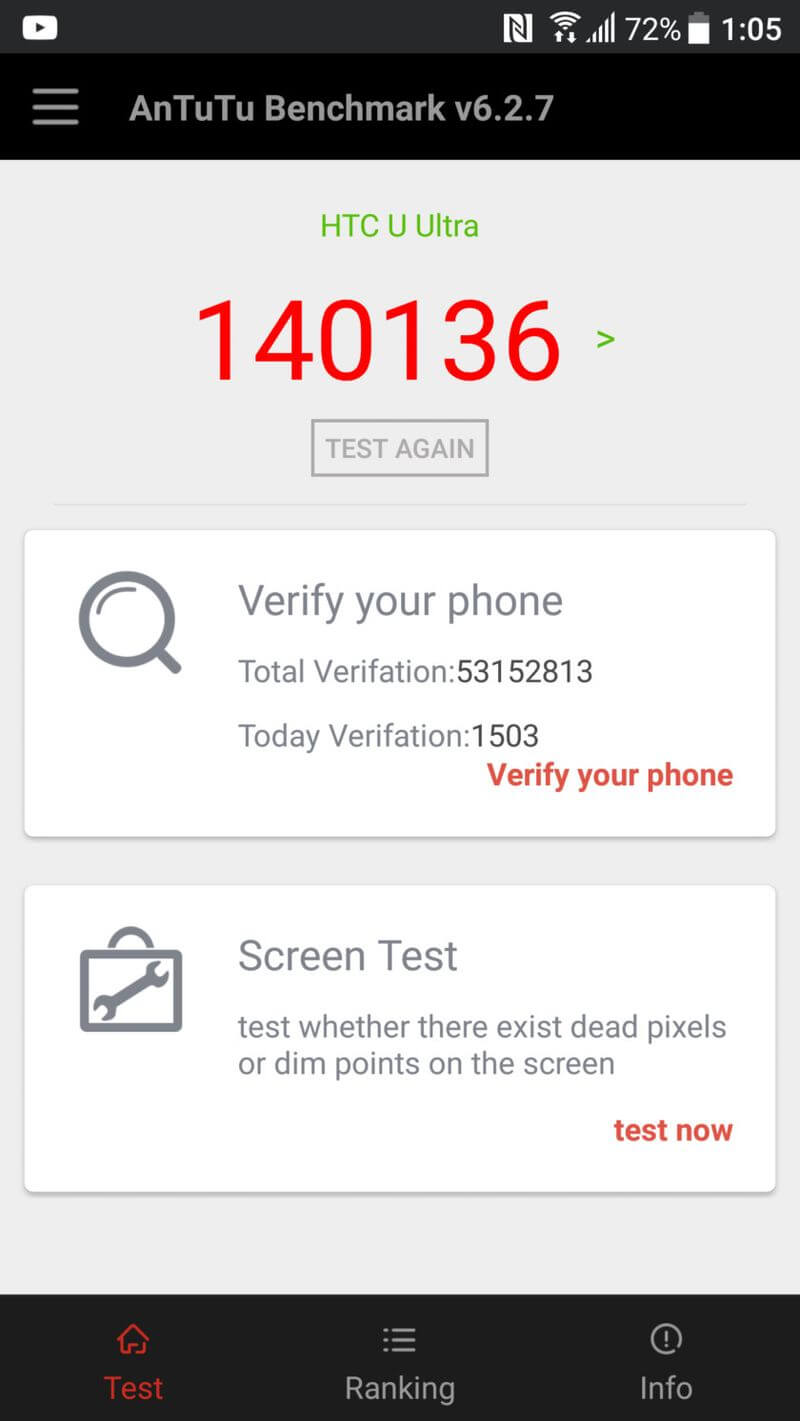 For user data, the HTC U Ultra offers in the basic version 64 gigabytes of device memory. If you want more, you do not have to use 128 gigabytes of memory, unlike Pixel XL. Alternatively, a microSD card can also be inserted. Lively! Because this is significantly cheaper. Thanks to supporting for Adoptable Storage, the memory card, and the system memory can then also be merged into one memory location. 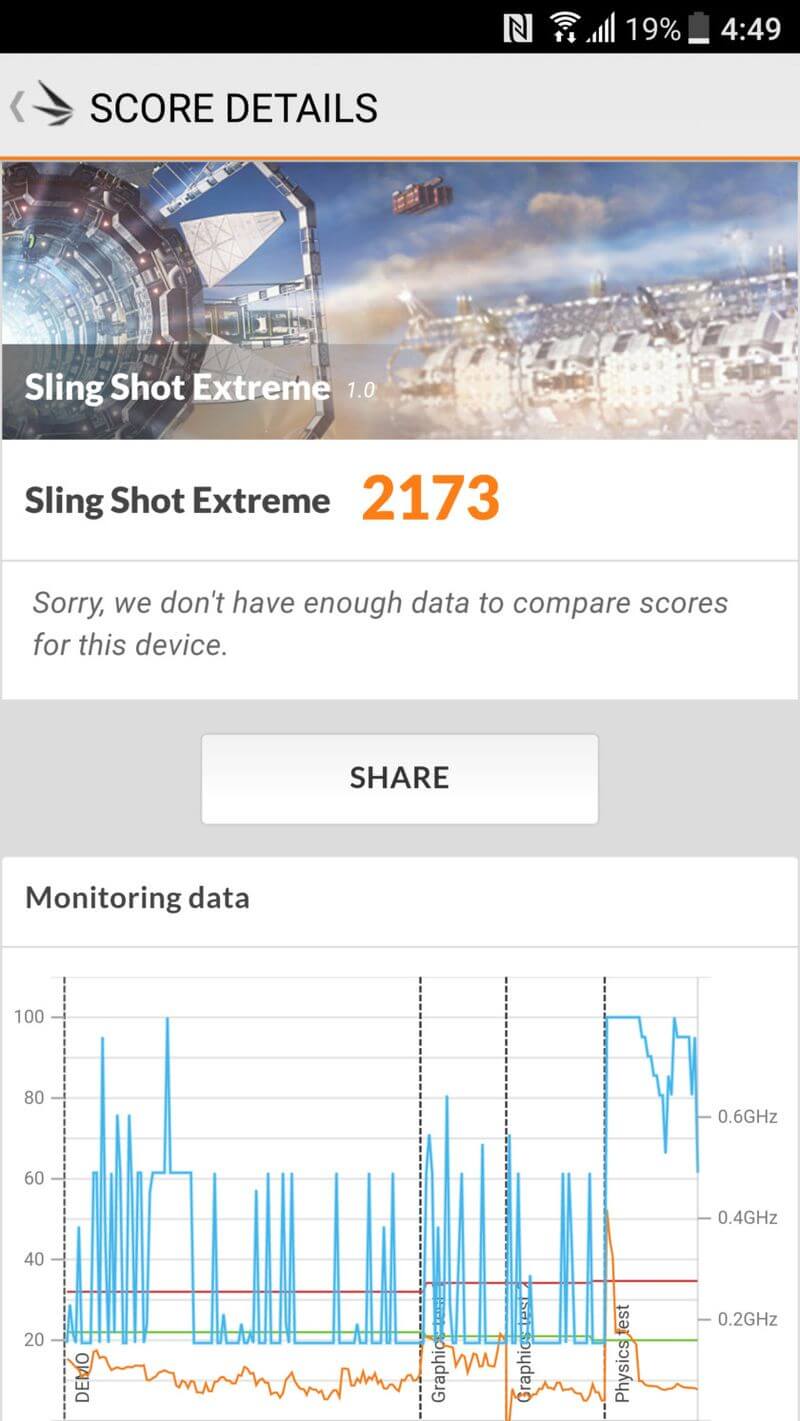 The HTC U Ultra is loaded via a USB-C connector. This also supports the faster USB 3.1. In addition, the port is used to connect a headphone. The U Ultra does not provide a jack connection. If you do not have USB C headphones, you can use the included U Sonic high-res-in-ear headset. After a short sony test, this device adapts the sound of the smartphone to your own hearing. This is known to HTC fans already from the HTC 10 Evo. An adapter “USB C to jack” is not included with the HTC U Ultra.

Energy is the HTC U Ultra from a permanently installed 3,000-milli-hour battery. This appears as a bit too narrowly dimensioned in the face of the huge screen. Finally, 5.5-inch smartphones today already offer larger batteries. Our test confirms this. Frequent users will come with the HTC U Ultra through the day. Power users sometimes need to recharge. 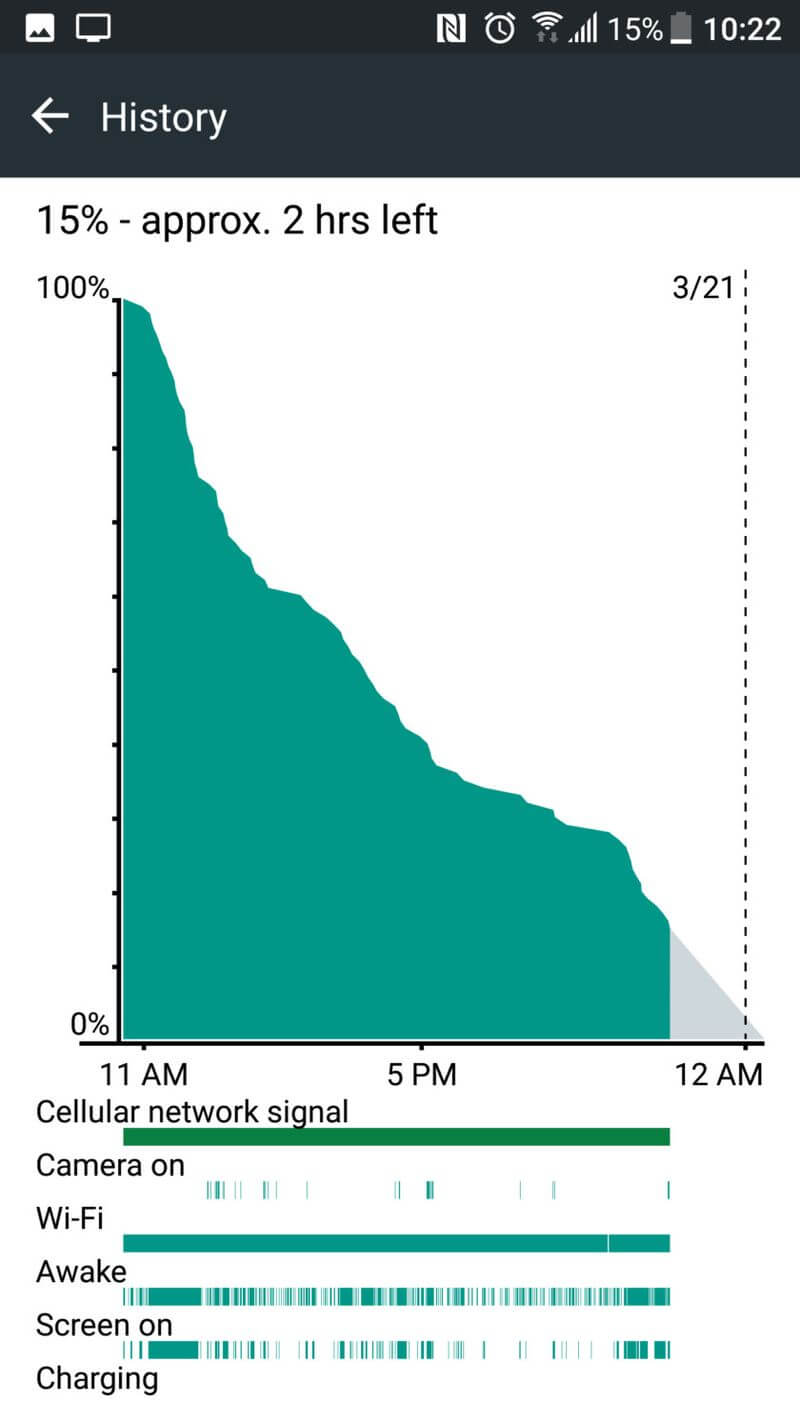 Thanks to QuickCharge 3.0, the charging process is still fast. In less than 90 minutes, the HTC U Ultra is full again.

The HTC U Ultra shown in the test with an excellent voice quality. The noise was filtered almost completely, but this did not affect the naturalness of the voices. That borders already on Festnetzqualität! To use the HTC U Ultra you need a nano-SIM card. Larger SIM cards need to be cut. 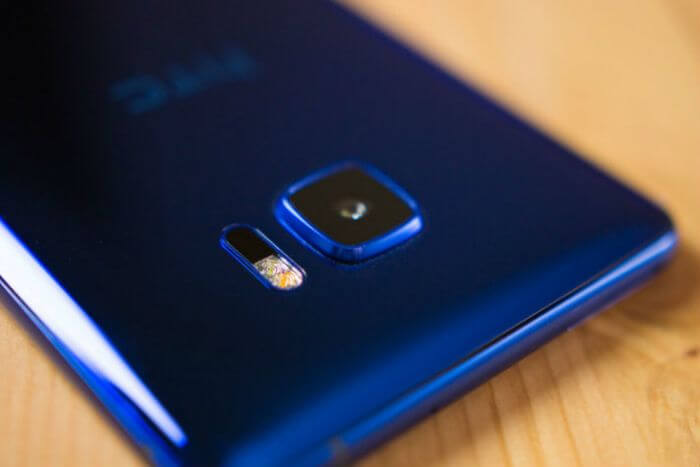 .
HTC does not have the best reputation in camera. Especially the One M9 disappointed his time, but the company has learned from his mistakes. The camera of the HTC U Ultra comes from the Google Pixel, so on the paper counts qualitatively to the best of its class – even in poor light conditions.
Compared to the pixel, HTC has even made some improvements. Thus the maximum aperture opening with f / 1.8 is now slightly larger. In addition, the HTC U Ultra has an optical image stabilizer, which is missing the camera of the Google Pixel. Thanks to the built-in four microphones, the HTC U Ultra can also record videos with surround sound. 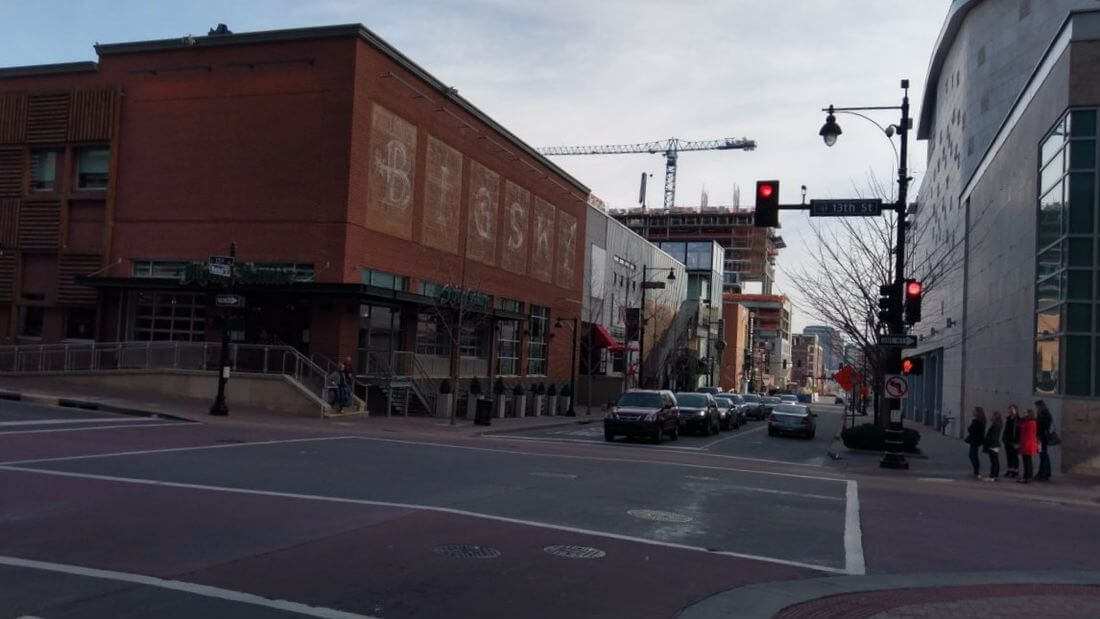 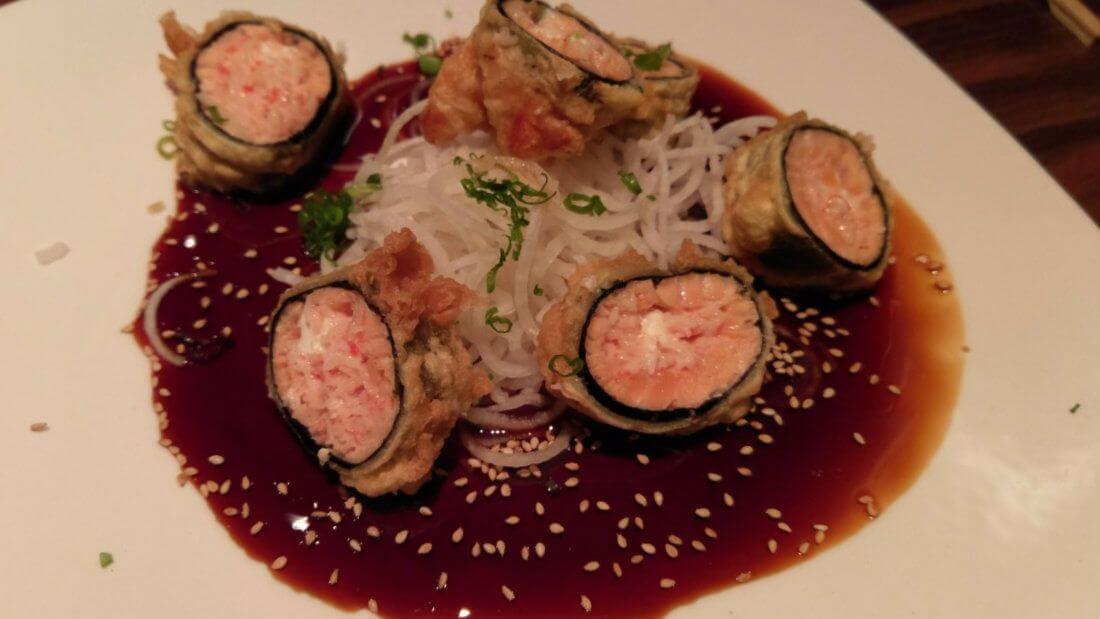 The HTC U Ultra does not set new standards despite this fine-tuning in the test, but we rate the camera as competitive. The recording appeals with high detail sharpness and natural color rendering. In addition, even in the case of recordings in the dawn of twilight, only a minimal noise is recognizable.

Price and availability: HTC U Ultra

The HTC U Ultra has been available in Europe since February 20, but initially only with 64 gigabytes of memory. The 128-gigabyte version will follow later. But there are plenty of colors to choose from with black, blue, white and pink. HTC offers the U Ultra with 64 gigabytes of memory for 749 euros. For the 128-gigabyte model, however, 849 euros are due. This makes the HTC U Ultra cheaper than the competitors Google Pixel XL and iPhone 7 Plus.
In addition to the HTC U Ultra, HTC introduces the HTC U Play also a more compact version of the new premium smartphone in the portfolio.

The design of the HTC U Ultra reminiscent of the Honor 8, the second screen we already know from the LG V10. A real wow moment does not solve the U Ultra with us. Nevertheless, the smartphone is clearly more attractive than a new infusion of the HTC One. The low battery life and dirt sensitivity, however, tarnish the overall impression as well as the unfinished sense companion. For this, the U Ultra scores with good sound and a competitive camera.
Source: Androidauthority