Mar 4, 2017
In recent years, monitors the industry has taken a big step forward: introduced support for a standard the Ultra the HD 4K  mastered the production of curved screens desktop solutions diagonal reached 34 inches  It was improved dynamic vertical synchronization technology ( the NVIDIA the G-Sync is and AMD’s FreeSync ). 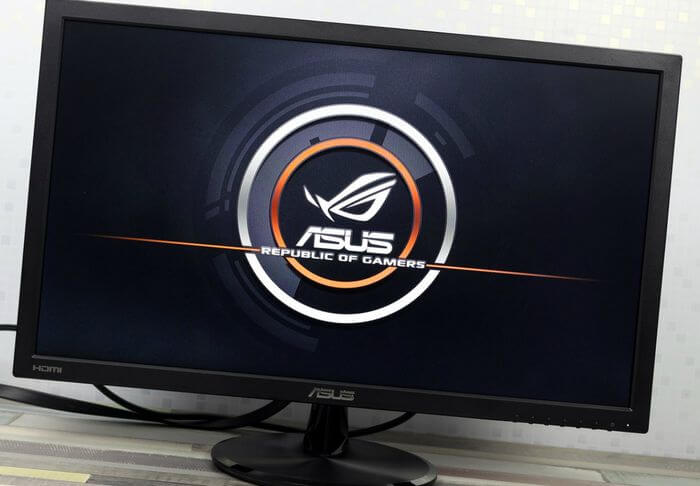 All this is good, except for one point. Models that use similar technologies often are quite expensive and not everyone can afford to buy them. Thus, the format Full HD (1920 x 1080) and the 24-inch panel and remain the best choice for most users.
Apparently, the same view is held and monitor manufacturers. For example, in only one of ASUS in the arsenal, there are more than a dozen models of this kind, and ASUS VP247H is one of their numbers. Moreover, it is positioned as an affordable gaming monitor, inherited some features of the more expensive and technically advanced ASUS ROG line models.

ASUS VP247H Monitor comes in a nondescript cardboard box with a convenient carrying handle, so I move on to a description of its contents. 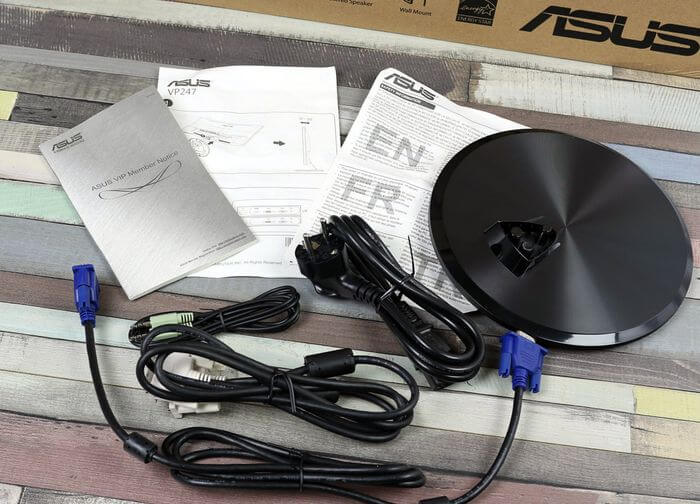 The package consists of supporting documentation, stand, AC power cord and a set of interface cables (DVI-, D-Sub- and audio cable).
The appearance and features of operation
Model ASUS VP247H has a standard appearance and not much different from the majority of monitors on the market today. Few brighten conservative style compact leg-stand in glossy plastic.
However, its size and impact on its functionality: provided only to the possibility of changing the screen angle.
On the back of the case, there are holes for wall mounting. There are concentrated all the available video interfaces and connectors: HDMI, DVI-D, D-Sub and an input for the audio. 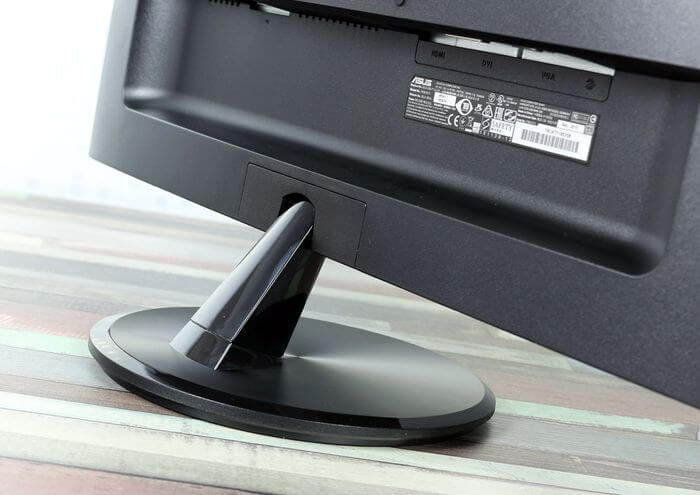 Separate output for headphones and of USB-ports is not provided. It is important to note that all interfaces are directed downwards, which means that users have the opportunity to problem-free cable connections, even if the monitor is mounted on the wall using VESA bracket.
ASUS VP247H has two built-in speakers with the total capacity of 3 watts. The quality and volume of their sound would be enough to communicate over Skype or viewing YouTube videos.
OSD

Navigating through the menu is using the buttons on the monitor end. The menu has a convenient structure with multiple tabs. There is in it and the support of the Russian language. Available settings are not very many, but this feature has to compensate for a large number of preset profiles.
Separately want to mention ASUS Eye Care technology, which includes modes of suppression blue (ASUS Ultra Low Blue Light), reducing eye strain during prolonged work behind the screen, and technology ASUS Flicker Free eliminates visible flicker display backlight, which further It reduces eye fatigue. This significantly increases the comfort of gaming and during operation. For more information about ASUS Eye Care technology can be found in the official micro-site.
It also supports the ability to setup configuration ASUS GamePlus technology provider to the user branded gaming functions: the output of the light and the timer on top of the main image. 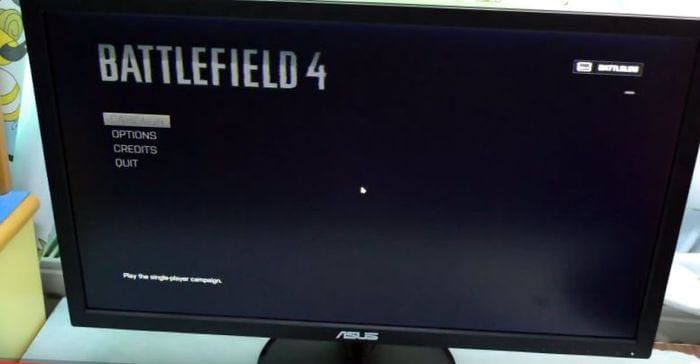 The hardware platform while testing ASUS VP247H played mini-computer ZOTAC ZBOX nano ID65 PLUS. The full description of the research methodology monitor features you will find in the corresponding material. 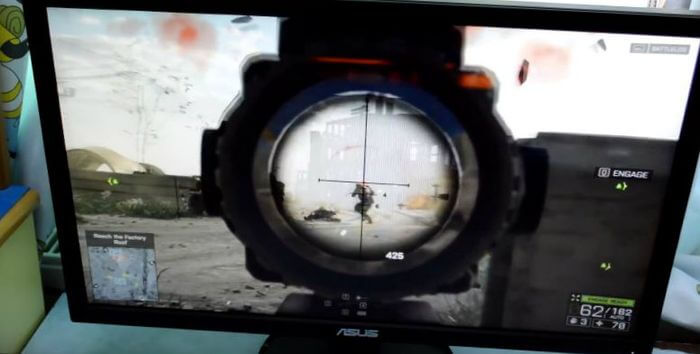 The tested model recorded just eight profiles (and that we did not take into account the modes of suppression blue), “Landscape”, “Standard”, “Theatre”, “Game”, “Night”, “the sRGB”, “Reading”, ” A dark room”. Their characteristics are given in the table below.
CIE-diagram of all profiles
All profiles CIE-diagram has approximately the same form in turquoise, blue and dark red shades small loss, while a light green zone, the yellow and orange, on the contrary, the supersaturation.
The best indicators of color accuracy seen in the mode “Standard”, “the sRGB” and “The Dark Room”, which makes them the best choice for everyday use. If you want to enhance or dampen these or other colors, you can experiment with the profiles “Landscape”, “Theatre” and “Game”.
The balance of the primary colors in almost all profiles is very good: all three curves are quite close near the reference line. Out of the general picture only “Theater” mode, which is the clearly visible blockage in cool shades?
Schedule gamma curves other profiles
But in all cases, the gamma a little overpriced (nominal value – 2.2), but without critical consequences. Accordingly, RGB-curves are below the reference line (black), which can lead to loss of detail in dark areas of the objects of the scene. The most tangible effect of this is when you activate the mode “Landscape” and “Theatre”. We do not recommend using them at the time of the launch games. 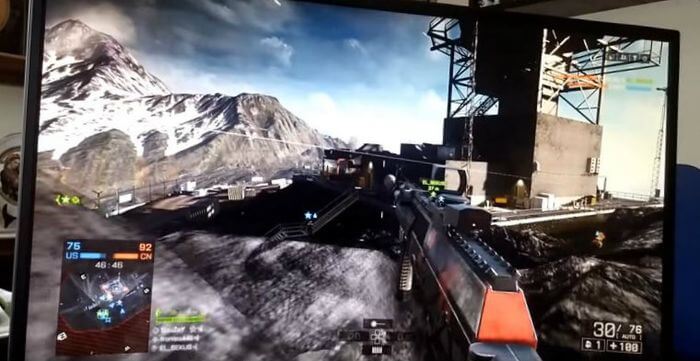 The stability of the contrast and brightness range change
Advanced study of the brightness and contrast performance was based on the optimal profile, which is “standard.”
Brightness range of 50 – 286 cd / m 2 and a contrast ratio at the same time varied in the range 1247: 1 – 1268: 1. In both cases, the results are very good – in any type of lighting can achieve bright images with vivid colors.
With hardware, calibration could significantly improve performance medium range and color gamut. Therefore, if after you buy your monitor ASUS VP247H an opportunity to carry out this procedure, it is advisable to use it.
Uniformity of backlight
The deviation with respect to the brightness of the central portion is not more than 16 cd / m 2, which is quite a good result. 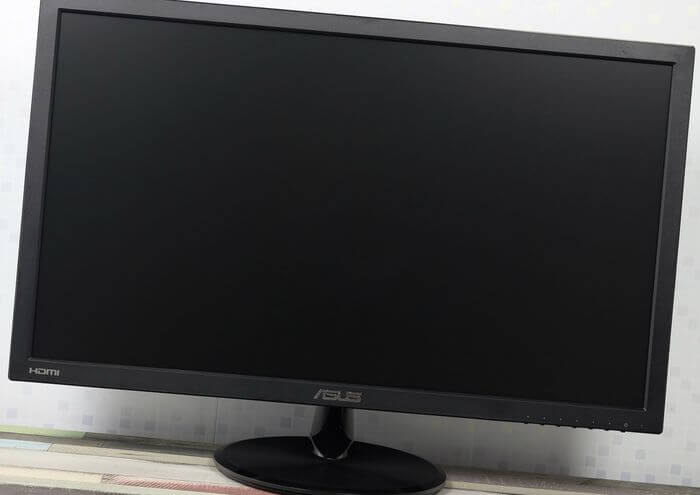 Test with files showed some backlight leakage around the screen on a black background. On a white background are not detected problems.
Speed PWM matrix and
The ASUS VP247H set matrix type TN + film with a stated response time of 1 ms. Accordingly, it was predictably observed fairly short trails at all stages of testing, which is very important for displays of this segment, because it affects the comfort of dynamic games.
This model supports ASUS Flicker Free technology (no backlight flickering), which reduces eye strain during prolonged work at the monitor. As shown by an experience, really, in the ASUS VP247H PWM method is either not used or flicker frequency in the tens of kilohertz.
Viewing angles is traditionally a weakness of TN-matrices, so ASUS VP247H predictably observed image contrast change on the screen when you reject an eye. On the other hand, gamers have more than the speed of the matrix is important than the viewing angles.

Model ASUS VP247H fully consistent positioning as entry-level solutions. It mounted fast with the matrix TN-speed response of 1ms, which provides fairly short cables from moving objects.
Technology ASUS Eye Care, combining modes ASUS Ultra Low Blue Light and function ASUS Flicker Free, significantly reduces the load on the user’s eye, which is especially important for comfort during long gaming sessions. In turn, ASUS GamePlus provides players with a convenient sight and timer.
The first will be useful in the case where the developers intentionally removed to increase the scope or complexity make it very inconspicuous.

A timer function is useful, for example, to set a limit on the time spent in the game, or to keep track of the game changes (recovery time characters, complete any assignments and others).
Factory settings for your monitor are also generally pleased. It has a relatively high brightness and contrast static (up to 286 cd / m2 and 1268: 1 respectively), as well as good color accuracy.
Of course, it would not be the best option (a little lacking color gamut), but for everyday tasks, games, and movies it is quite enough opportunities for professional graphics ASUS VP247H.
Among the features of the device, we note traditional TN-matrices low viewing angles.
A disadvantage of leakage selects the backlight around the screen, only noticeable on a dark background, and a bit of an inflated scale, yet no critical consequences. As a result, ASUS VP247H it’s good-quality entry-level model, which is suitable thrifty gamers and give them some of the features of more expensive displays.