Always-on displays were yesterday. The new Alcatel A5 will show you 35 colorful LEDs on the back with colorful animations, whether a WhatsApp message, a Facebook-Like or a new snap has just arrived. However, the LEDs also flash just in time with your music. Cool gadget or just embarrassing? This is the short test! 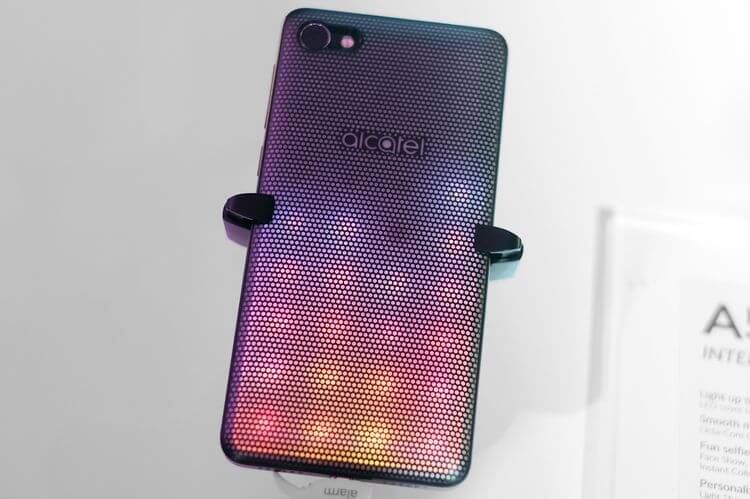 With this smartphone, you are the centerpiece of every party! The new Alcatel A5 looks at the first glance blender but mutated by touching the light organ. The cover of the smartphone adorns 35 LEDs. These shine to match the music you are playing. The principle is reminiscent of the Bluetooth loudspeaker Pulse by JBL.
But the LED cover can do even more: If a WhatsApp message is entered, the LEDs on the back from a green “W” that moves from left to right across the cover. For a Facebook notification, it is a blue “F” and a yellow “S” for a snap. The cover also shows emails and calls through an animation. The alternative is the always-on display, which is used in more and more smartphones.

Beyond Facebook, Snapchat, WhatsApp, Mail and calls also other kinds of notifications on the cover are displayed, Alcatel could not say on the MWC yet. However, if you like, you can adapt the LED cover color to the wallpaper of your smartphone. According to Alcatel, the colorful light show is not a negative impact on the battery life of the smartphone. Finally, LEDs are extremely energy-saving and the lighting is not always active. The battery of the Alcatel A5 LED offers a capacity of 2.8 millimeters and is firmly installed. 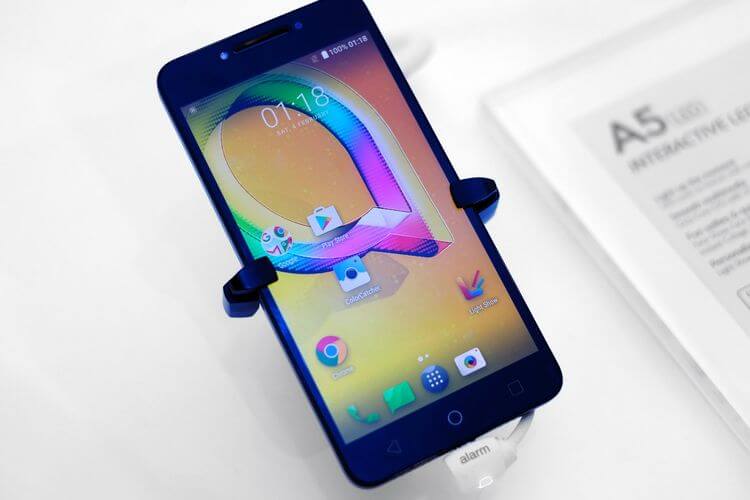 If the LED cover is too eccentric in the long run, the lighting can be turned off or alternatively the A5 can cover another cover. Alcatel attaches to the smartphone an exchange cover in MetallicBlack (Black) or MetallicSilver (Silver). With this, the smartphone is also just less than three millimeters thinner.

Another special feature: Alcatel has integrated into the user interface of the A5 Amazon language assistant Alexa. You can use it to tell the weather or your dates, but also call a taxi or dim the lights in the office – provided you have smart lamps.
It is unclear whether the device will come to the market with Alexa or the language assistant is only available in selected markets. In the German press release on the smartphone, a reference to Alexa was missing.

What does the Alcatel A5 LED offer off the light-emitting diode cover and Alexa? Under the bright LED back hides hidden hardware. According to the data sheet, the MT6753 Octa Core processor from MediaTek is the processor. It comes from the year 2015 and already in its time only in favorable smartphones to the employment. In terms of performance, you should not expect much from the Alcatel A5 LED.
The chip has two gigabytes of memory available. The device memory is limited to 16 gigabytes. If necessary, it can be extended. According to the data sheet, the Alcatel A5 LED supports microSD cards with a capacity of up to 128 gigabytes. 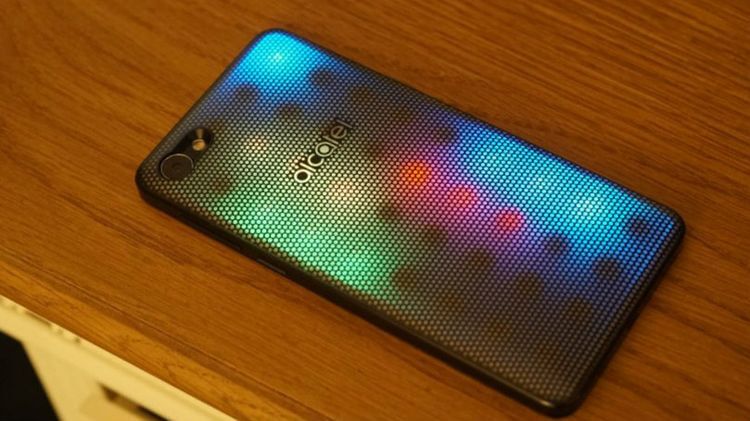 The display is a 5.2-inch IPS display. This still resolves with 1280 x 720 pixels. The resolution is thus sufficiently sharp, in the shortest period the screen seemed rather pale.
An 8-megapixel camera is available on the back of photo and video recording – even this resolution is no longer up-to-date. Selfies take her with a maximum of five megapixels. After all, support for LTE is on board. The operating system is however still Android 6.0 Marshmallow and not the new version Android 7.0, as it offers the price similar similarly settled and also in Barcelona presented Moto G5.

The Alcatel A5 LED will be available in Europe in May. The suggested retail price is 199 euros.

Is the Alcatel A5 LED now a cool gadget or just embarrassing? This question must be answered by everyone. In any case, the Alcatel A5 LED is something for “eccentrics”. If the necessary small money for a Bling Bling smartphone is missing, the “Blink, blink” smartphone is an alternative. In the face of the meager hardware equipment, the price is nevertheless high.
Review Alcatel A5 LED smartphone in short test was last modified: March 17th, 2017 by Boby Sanburn