Mar 10, 2017
MSI launches a limited edition of its gaming notebooks in honor of the launch of Tom Clancy’s Ghost Recon: Wildlands. 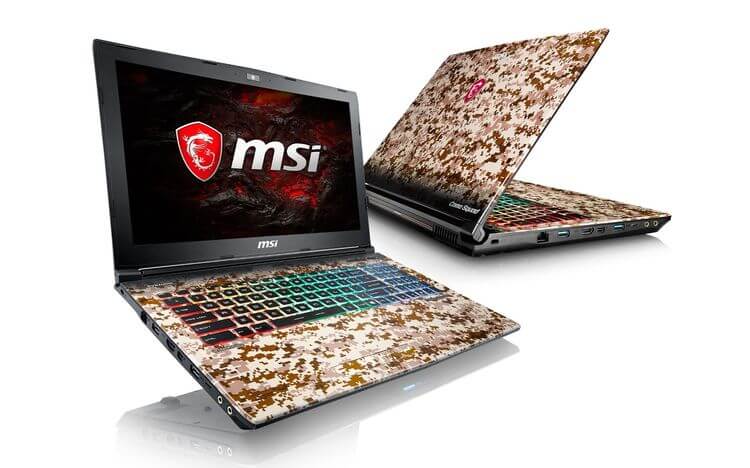 The MSI GE62VR 7RF Camo Squad and the GE62 7RE Camo Squad are both in military camouflage coloring and come together with the tactical shooter PC game from Ubisoft in digital form as well as accessories.

What is special edition by MSI?

The limited edition special of MSI wants to appeal to all friends of the military camouflage look and includes notebooks, mainboards and graphics cards.
MSI, in cooperation with the game publisher Ubisoft and accompanying the market launch of the new action title Tom Clancy’s Ghost Recon: Wildlands, among other things a special edition of the notebook series GE62 and GE62VR into the trade. The gaming cars will be available for a military look, which will be available until the middle of the year, on request, together with the mentioned tactical shooter and special accessories.
From March 27 to June 30, 2017, MSI will be offering the gaming models “GE62VR 7RF Camo Squad” and “GE62 7RE Camo Squad” in addition to the current notebook portfolio. So, it’s a powerful Core i7 processor with four core Kaby Lake series (7th core generation), the two devices are equipped with a Nvidia GPU of the GeForce GTX 1060 (GE62VR) and GTX 1050 Ti (GE62). 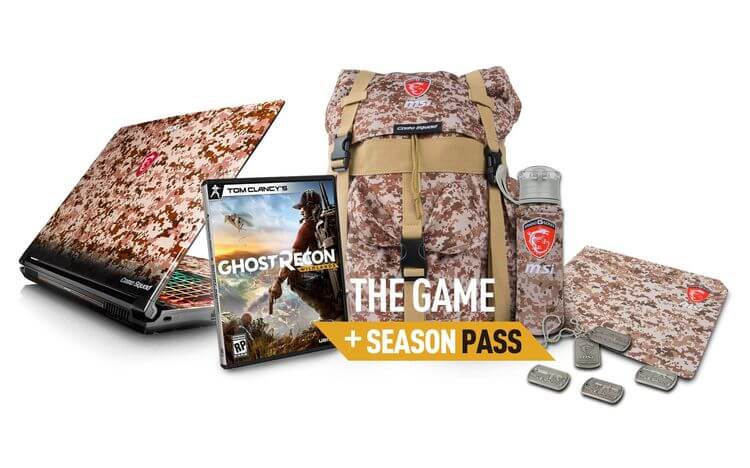 For special extras, MSI not only provides a download code for Ghost Recon: Wildlands (including Season Pass), but also gaming accessories in the form of a backpack, mouse pads and SteelSeries gamespads as well as a drinking bottle plus dog tags. In order to download the game and actually try it, a product registration is necessary by the manufacturer.
MSI will offer the Camo Squad special editions of its notebooks from the end of March in Europe retail. The recommended retail price for the GE62VR 7RF Camo Squad is around 1900 euros and for the GE62 7RE Camo Squad at nearly 1700 euros.