Mar 18, 2017
Google Home is an intelligent language assistant for your home. Some users of the device, which was previously only available in the US, are currently complaining about Reddit and Twitter about unwanted advertising for the Disney film “Beauty and the Beast”, which is reproduced unsolicited. Is Intent or malfunction? 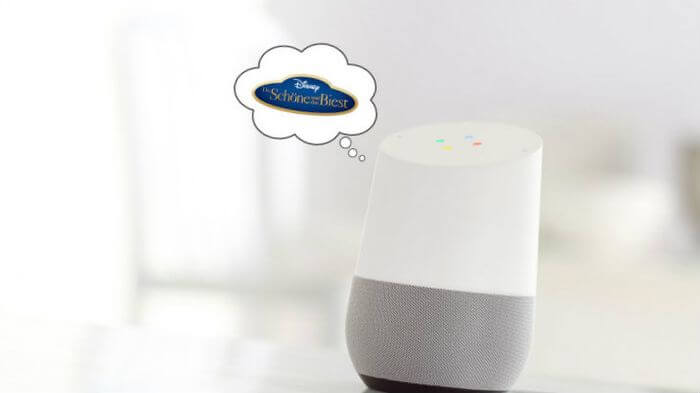 Google Home is Google’s counterpart to Amazon’s Echo and Echo Dot. Users who already own the device already report a problem with the intelligent rifle. About Reddit and Twitter complain about references to the Movie-start of the new Disney film “The Beauty and the Beast”,

which the device has played unsolicited. However, not only Google Home was affected. Some users have also heard of the Google Assistant, Google’s “smart” companion, which is anchored on the Google Pixel smartphones in the system.

The advertising was played when users asked for their daily summary – the advertisement was not simply played out of nowhere. The daily summary usually contains information about the weather, the way to work or current events in the world. Google itself knows the accusation of the advertising with the intent to have back, as the tech magazine The Verge reported. The exact wording of the advertising is as follows.
“By the way, Disney’s live action Beauty and The Beast opens today. In this version of the story, Belle is the inventor of Maurice. That rings truer if you ask me. For some more movie fun, ask me something about Belle.”
Although Google denied the allegation of exactly this advertising with intent, but the company confirms, however, that one is currently experimenting with the automatic removal of content for users. Google admitted that this test could have done a lot better.
Amazon Echo and Echo Dot are now also available in Europe. We have tried the intelligent Bluetooth speaker and can tell you what the cunning cylinder with personality can do.
The fact is that Google would be able to offer paid seats in the “My Day” survey in the future. The fact that users can not keep much of it and run over to other systems is already demonstrated by this test. Google should rethink his Werbestrategie at this point so once again in peace.