The battery can hardly be changed today with a smartphone, certainly not with higher priced devices from 400 euros. Think! LG brings with the “X mach” a mid-class smartphone for 450 euros with exchangeable battery on the market. Is an attractive offer? 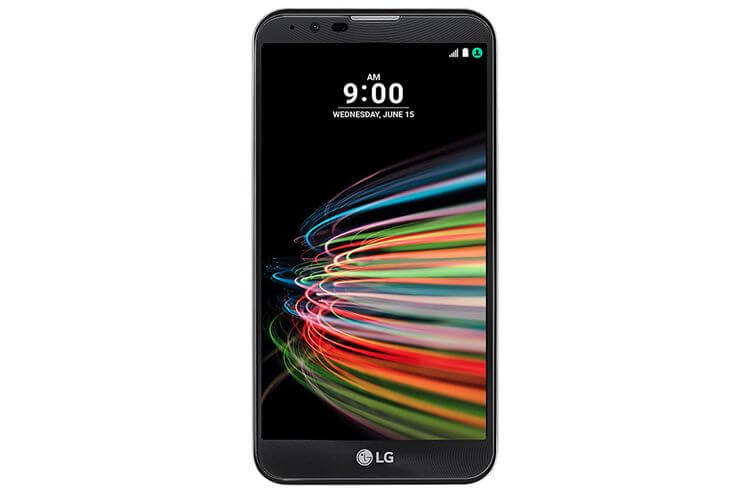 LG is giving its mid-range smartphones the X-series sound names that describe the outstanding features of the devices.

For example, there is the X-Cam for smartphone photographers, the X Power for users who value a long battery life, the X Screen for users, a screen is not enough and now stop synonymous, the X make – yes, what stands for The “mach” actually? Who wants to appeal to LG with this smartphone? Let’s find out together.

When unpacking, we are overcome with sadness. The LG X makes processing and design memories of legendary smartphones like the Galaxy S3 wake up. There is no trace of glass or metal. The housing is 100% plastic. The frame is held in metallic look. The design was sometimes chic but nowadays is no longer contemporary. Envious looks will surely not reap you as an owner of the LG X. 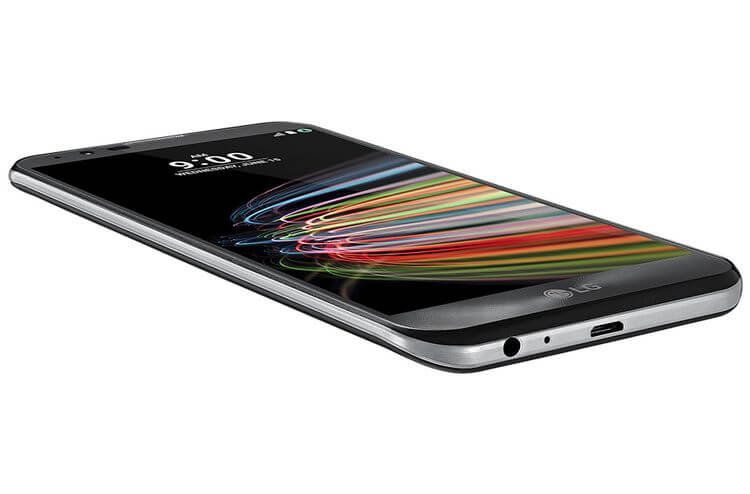 For this the processing is neat. The back of our white test device is dull and not glossy, like the Galaxy S3. This has the advantage that dirt and fingerprints are not so fast on the X make. Alternatively, there is the X make also in black to buy.
In the hand, the X makes comparatively small. There is a 5.5-inch display on the packaging. The trick: The LG X mach is significantly shorter than most Phablets, which makes it not so gigantic. Unfortunately, however, it is broader, which can cause problems for users with small hands. Try before you buy, whether you can also use the thumb to reach all the buttons on the screen keyboard. 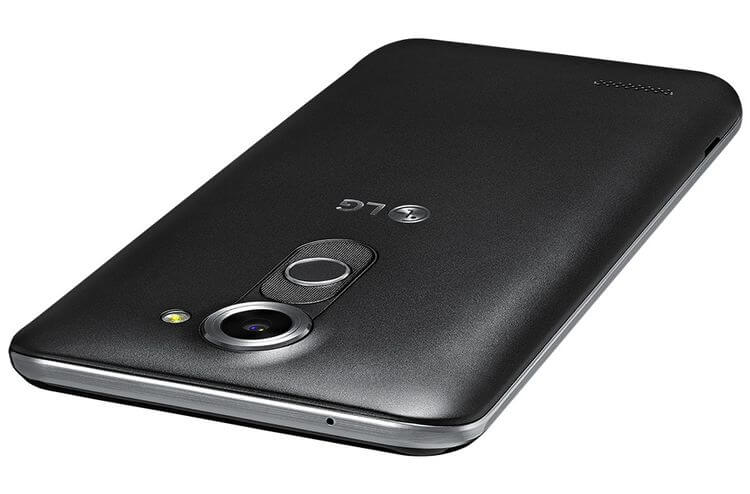 Before we can put the LG X into operation, we must loosen the cover and insert the enclosed battery into the smartphone. Today a rarity, a few years ago still standard. There’s another “reminder” yet. Is the “mach” in X making for melancholy?

Probably not! Perhaps the “mach” but also an abbreviation for “Machine”? The hardware of the LG X make can be quite impressive. The 5.5-inch screen dissolves in QHD, so with 2560 x 1440 pixels. This does not even offer the highly praised OnePlus 3T in the middle class. 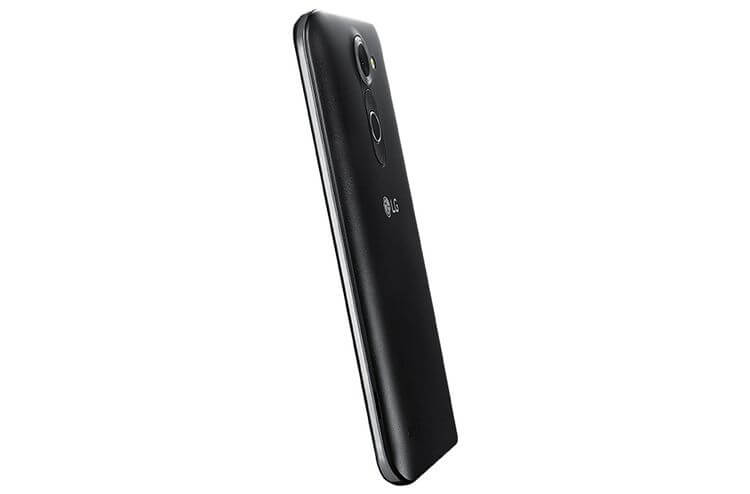 However, the Snapdragon 808 Hexa Core Processor is the only one to work under the bonnet. Two years ago, the chip was one of the cream-of-la-cream of the smartphone processors and was used in the Lumia 950 and the LG G4. Just two years after the release, the chip still has enough power to handle most of the everyday tasks of a smartphone effortlessly. However, you get in the price class of the LG X mach mach also already significantly more powerful devices such as the Honor 8.
The device memory is adequately dimensioned with 32 gigabytes and can be extended by microSD card if required. But you do not have to use the Adoptable Storage function. LG has removed it from its Android 6.0 implementation. 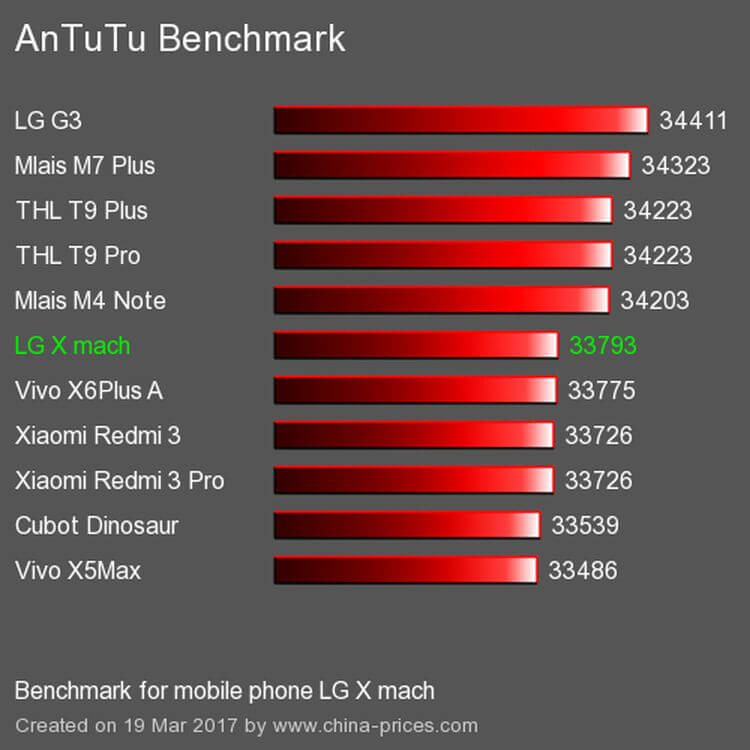 The LG X is optionally unlocked by PIN, pattern, password or fingerprint. The sensor is located on the back under the camera and worked reliably and quickly.

The voice quality of the LG X mach is satisfying. Interlocutors are understandable, but sound rather dull, as if they were cold. Noise is almost not filtered. At a price of 450 euros, you can expect more.
The LG X is powered by a 3000-milli-hour battery. This achieved an on-screen runtime of four hours and 28 minutes in the PC Mark battery test. That is enough for average use to get through the day. In the evening the LG X must then but then again to the outlet. Heavy users, on the other hand, sometimes have to take some energy saving measures during the day. 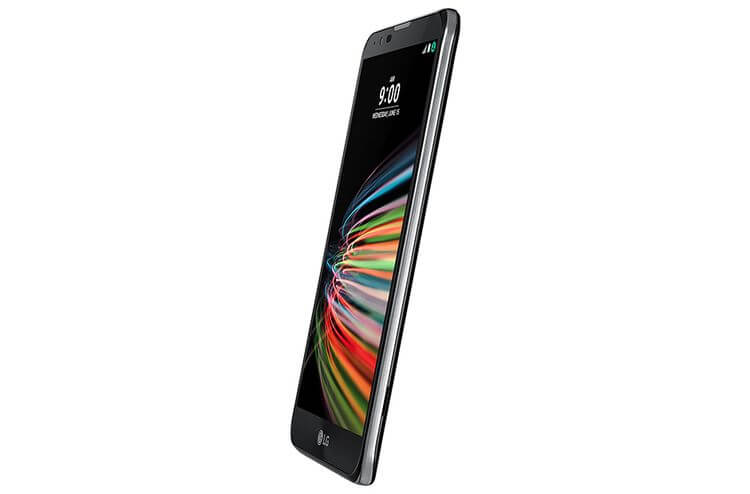 The battery is not fixed, however, but can be changed by the user with two hand movements. This is a rarity in smartphones 2017! If you want, you can always carry one or more spare batteries with you. The battery BL-51YF is already traded in the network for around ten euros. A replacement battery is sometimes even cheaper and space-saving than carrying a power bank.
If the battery of the LG X is empty, it needs to charge with the enclosed power supply barely three hours. If this takes too long, a quick charge capable power supply can be purchased. This significantly reduces the charging time. In the test, the X needed less than two hours to fully charge the battery. With a 400 euro smartphone, you can actually expect that a corresponding power supply is included. For charging and data exchange, the LG X has a conventional microUSB connection. Actually, this price class already has USB C standard.

For photo and video recording, the LG X offers a 12.3-megapixel camera on the back and an 8-megapixel front camera. The rear camera of the LG X make is thanks to larger pixels synonymous in weak light conditions make good pictures. LG uses here apparently again the image processor of the Nexus 5X and the delivery in X also make a good performance. You can see this in the following media gallery. Unfortunately, you have to do without a Pro mode. The image parameters you can do with the LG X do not affect itself. 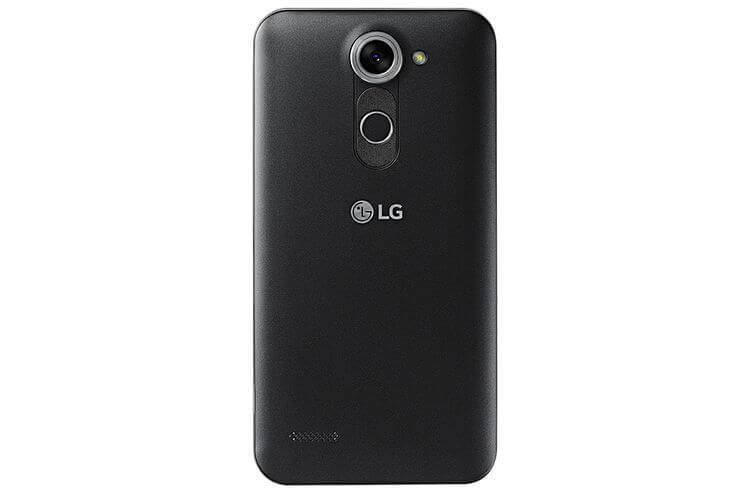 The LG X mach has been available in Germany since December. The recommended retail price (RRP) is 449 euros. Currently, the smartphone is isolated but also traded at higher prices. Current offer for the LG X mach you find below.

The LG X mach is a decent medium-class smartphone, which stands apart from the exchangeable battery but hardly from the competition. Nevertheless, LG is calling a much higher price for the X make than the competition for their products. For the UVP, this smartphone is not a good deal! But at least we now know what the “mach” stands for. According to LG, the smartphone was named after the X-Men hero Quicksilver, which can move at a speed of up to Mach 100. “Mach” is a characteristic number which indicates the ratio of the velocity of a body to the sound velocity of the surrounding fluid.
Full Review LG X mach test: mid-class smartphone with replaceable battery was last modified: March 20th, 2017 by Boby Sanburn