Still, we underestimated the Chinese. At the same time in some online stores, a fake Samsung Galaxy S8, and at a very high price. Although it would seem, the new flagship of the Korean giant has not even been officially introduced. 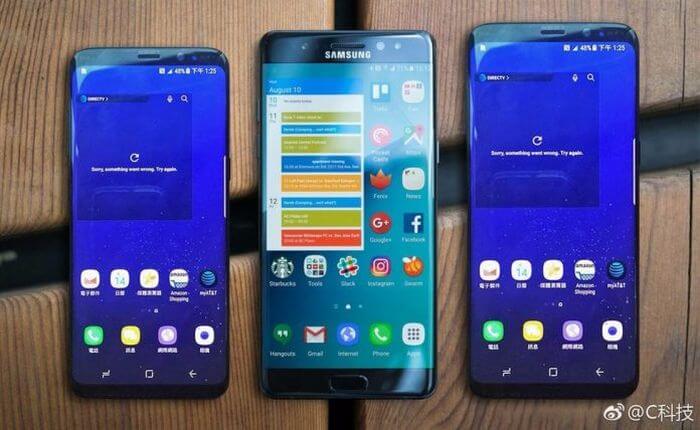 So, in a pair of European online stores, a copy appeared (thanks, though warned) of Galaxy S8 for 370 US dollars. Quite an impressive prices for a fake even the top model. Usually, replicas are much cheaper.

What is the fake Samsung Galaxy S8?

In principle, it’s just not very surprising if this fake Samsung Galaxy S8 really exists in nature or at least is planned for release. A huge curved screen Infinity Display, which occupies almost the entire front of the case, it is very expensive “pleasure”.
Even if they plan to save money on other materials in the Celestial Empire, the very innovative design of the Galaxy S8 significantly complicates and increases the cost of forging the original Samsung smartphone. At the same time, the “copy” is unlikely to even come close to its “source” in any way.
For example, it will not have protection against water and dust according to the IP68 standard (until now, not one copy of last year’s Galaxy S7 has received such), and the processor will use the next cheap product from MediaTek from the MTK series. And it’s good if she knows at least a little bit with 4G LTE networks (within Category 4) and supports 64-bit computing.
About some quality of pictures in the case of a fake Galaxy S8, even we cannot speak. The original sensors Samsung uses in its flagships are too expensive for Chinese manufacturers of copies. And why buy a smartphone, similar only to the outward appearance of the flagship, if he will photograph no better than a hundred-dollar Xiaomi Redmi 4A.
We have repeatedly written that the fake Galaxy S8 or other top-end smartphone is only money to the wind. There is not enough money on expensive Samsung take an ordinary Chinese smartphone from a well-known brand like Meizu or Xiaomi.
For example, this spring for the same $ 370 you can order from China the original Xiaomi Mi6 in a ceramic case with 6 GB of RAM and a 128 GB drive. And it will work reliably, and even there will be an official guarantee (if you order from the right seller).
Caution: fake Samsung Galaxy S8 has already appeared in sale was last modified: March 7th, 2017 by Boby Sanburn