Mar 22, 2017
Apple could already imagine a brand new iPad line-up tomorrow. The two current iPad Pro models are in any case due for an upgrade. For month’s rumors around an iPad variant with the almost borderless 10.5-inch display, this is to be presented in March. Now Apple has announced a downtime for its own online store tomorrow. 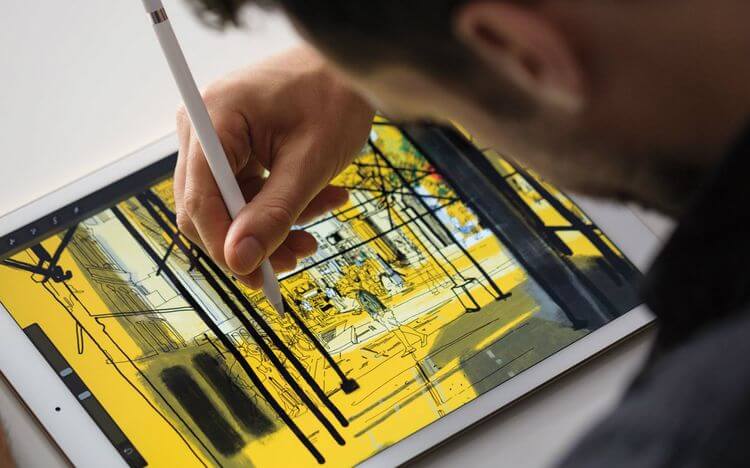 Apple is apparently preparing for a somewhat quieter product presentation this week.

As announced by MacRumors, the California company’s system status page is currently announcing the availability of maintenance on the Apple Online Store from Tuesday, March 21, 2017, between 8:00 am and 1:30 pm (mid-European time) and the sales portal will be unavailable during this period becomes. This hint now suggests in the face of numerous rumors in recent weeks that Apple will announce latest iPads via the press release at the end of the maintenance period, at 13.30 clock.

This assumption is, of course, no coincidence. On the one hand, it would not be the first time for the Californians to proceed according to this scheme, so to introduce new products simply by means of a press release on the market. On the other hand, MacRumors had only received a tip last week that Apple would most likely announce new devices between March 20 and 24. Despite the US publication, the company has not mentioned the products in detail, but over the past few months, there have been credible references to three new iPad models. Specifically, these are to be improved versions of the two well-known iPad Pro models (12.9 and 9.7 inches) as well as a brand new iPad with the 10.5-inch display and the particularly narrow display mount.
It would be possible despite all these indications, but also that Apple actually as indicated simply only service work on its online store. In that case, the whole excitement of the evening in the net would have been completely in vain. However, since the update of the iPad line-up has long been overdue, the clues to new models have been summarized as described above and Apple for the announcement of a March event the calendar days slowly but surely go out, it is more likely that tomorrow one or the other Announcement from the company headquarters in Cupertino is pending.
Aside from the iPad family, there are also other potential Apple novelties, which the rumored kitchen has broken its head for some time. So over the past months over a revised iPhone SE with 128-gigabyte flash memory, the color variant red for the iPhone 7 and iPhone 7 Plus as well as a new bracelet collection for the Apple Watch was read. Also one or other of these products could be responsible for the time-out of Apple’s online store. Fortunately, we will find out exactly what the California Company is up to.
Source: Macrumors