Ulefone T3: the most powerful processor MediaTek and 8 GB RAM

Mar 4, 2017
In China, it was announced output Ulefone T3 smartphone, which should get as much as 8GB of RAM and is the most powerful mobile processor from MediaTek. 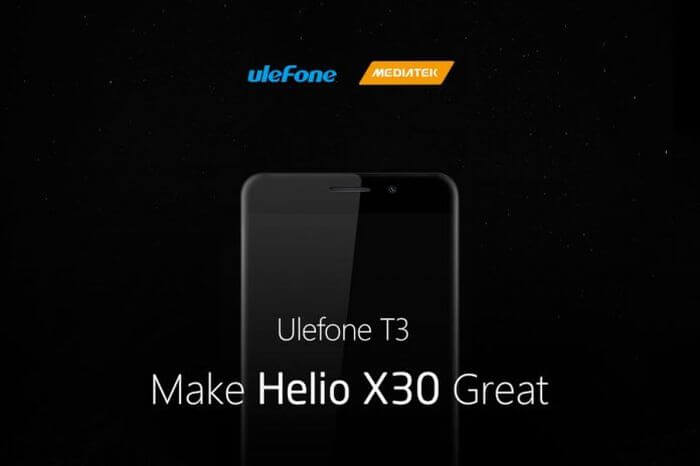 This novelty should be distinguished from a “brand” competition pleasant for such a serious tag characteristics.
When does it come to processor cores MediaTek Helio X30, which was recently presented at the international exhibition MWC 2017 in Barcelona? And if the previous high-end solutions of this manufacturer are clearly lagging behind the product Qualcomm and Samsung, but this year is planned to almost parity.
In addition to the powerful hardware base, Ulefone T3 can boast an advanced Dual Camera 2 x 16MP, the built-in storage capacity of 128GB and 5.8-inch (?) Screen with QHD resolution (1440 × 2560 pixels). The rest of the parameters of the device so far remain a mystery.
In general, the device is scheduled promising, important to the manufacturer to ensure proper workmanship and stable firmware (and not as it is often the custom in Chinese).

Announcement Ulefone T3, according to preliminary data, scheduled for the beginning of the second half of 2017. According to our assumptions, the presentation of new products to be held in August, as in September will be released Apple iPhone 7S/8, on which depend the future trends in the smartphone market.

Parameters marked with a question mark “?”, Are estimated and not yet confirmed any leaks or official statements.