Samsung DeX vs Continuum: That is why Galaxy S8 is better PC

Mar 30, 2017
Samsung introduces a feature called DeX that turns smartphones like the new Galaxy S8 into desktop PCs. This is reminiscent of Microsoft’s Continuum. In comparison, the Samsung solution offers various advantages. 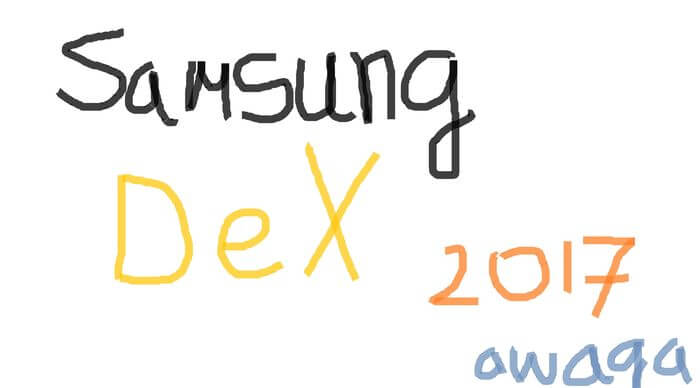 The Galaxy S8 is thanks to Samsung DeX to the PC. Like on the home Windows computer you use programs such as Word and Excel in arbitrarily magnifiable windows and use them with mouse and keyboard. All you need is a docking station, via which you can connect the Galaxy S8 via HDMI to a monitor. This sounds suspicious for Microsoft Continuum. In fact, the Samsung solution differs in some respects from the Microsoft version.

Continuum is a kind of “second OS” on your smartphone. In Continuum mode, Lumia 950 and Co can be used further. The smartphone screen can even be used as a trackpad. With DeX the screen of the Galaxy S8 is completely switched off. The entire image output is displayed on the monitor.
Samsung is running a customized Android version. Samsung apparently uses the new MultiWindow mode, which was introduced with Android 7.0 Nougat. It allows you to display apps in freely scalable windows (FreeForm). 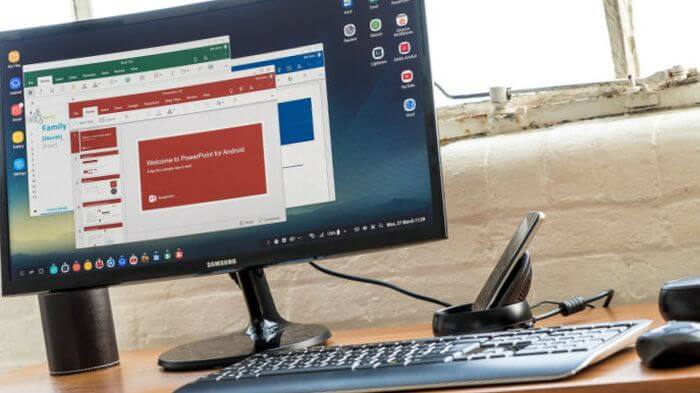 By dispensing with the additional image output on the smartphone, DeX should have the lead in performance. While Continuum often reacts slowly and slowly to inputs, DeX worked in the Galaxy S8 shortest test reliably and fast – even as numerous windows were opened. According to Samsung, the only limitation for the number of open programs is the memory of the smartphone. If this is full, DeX apps will end gradually.

Apps do not have to be customized

For apps to be usable under Continuum, it must be a so-called Universal App, which means that developers have to first hand their app. Therefore, there are currently only a few apps that you can use under Continuum.
No adjustments are necessary for Samsung DeX. According to Samsung, all Android apps are running in the desktop interface. These run under DeX in a window whose size cannot be changed. The only exception is games which are designed for the control via the touchscreen.
One thing, unfortunately, is that both Continuum and DeX have in common: If you want to use the MS Office apps on the big screen, you need a valid Office 365 license.

Anyone who has used the Lumia 950 or HP Elite x3 for a long time in Continuum mode knows that the devices are very warm. Samsung counteracts this effect with DeX. The docking station is equipped with an active cooling system. The fan jumps as soon as the smartphone reaches a certain temperature and then cools it down to normal values.

The advantages Samsung can pay at DeX but “princely”. The DeX dock costs just 150 euros. Microsoft asked for its docking station for the market launch of the Lumia 950 XL 50 euros less. Some Continuum smartphones, such as the Acer Liquid Jade Primo, were even delivered including the dock.