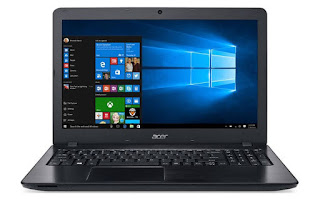 In the test, we will look at the 15.6-inch multimedia laptop with the latest Intel Core i5 processor, FullHD display, SSD and Nvidia GeForce 940MX graphics card. The price/performance ratio can be rated as very good in advance by the technical data. Whether you are really worth buying, you can read our review.

The jubilee is the price bang

For the 40th birthday, Acer is bringing the Aspire F5-573G-52PJ to the fight price to Europe. Also known as Aspire F15, the notebook available from 599 euros exerts pressure on the competitors of Medio and Aldi. 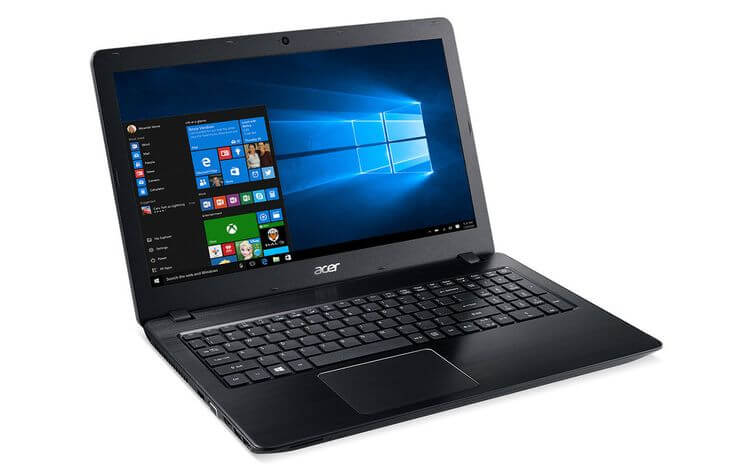 The housing, which is held in black, shows a good processing, which can be attributed in particular to the aluminum reinforcement in the area of the cover and the working environment. The bottom, the display frame, and the side edges are also made of matt-finished plastic, optically however with a fine structure to avoid a cheap look.
With a weight of 2.3 kilograms and an overall height of 28.5 millimeters, the 15.6-inch notebook is not among the lightest or thinnest models of the Taiwanese manufacturer, but with these dimensions, it is still mobile enough to be away from the home desk Use.

Despite the low price, we are finding a comparatively contemporary portfolio of interfaces. Three of the four USB ports master the current USB 3.0 standard, one of which is even in the form of USB 3.1 Type-C.
External screens can be optionally connected via HDMI or VGA and also a DVD burner finds space. With WLAN-ac, Bluetooth 4.0 and Gigabit-Ethernet (LAN) you are also fast on networks and on the Internet. The standard repertoire of the Acer Aspire F15 F5-573G-52PJ also includes a 3.5-millimeter audio connector and a card reader for the formats SD, SDHC and SDXC. Microsoft Windows 10 Home is used as the operating system in the 64-bit edition. 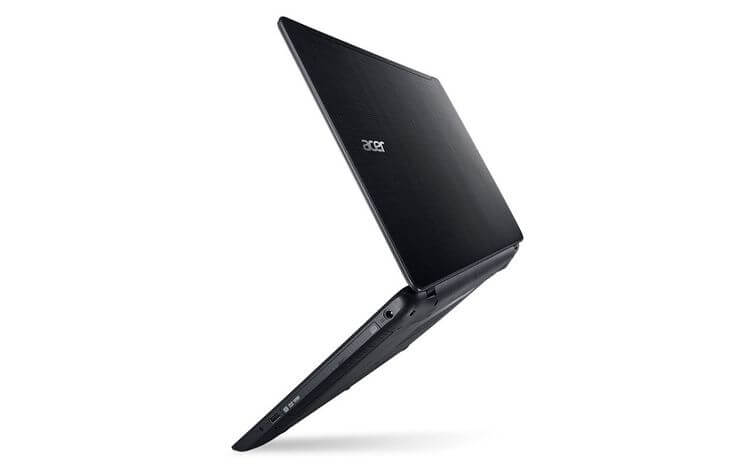 The main tools bring Acer well-dimensioned and precisely usable underneath. Of course, we are talking about the keyboard and the multi-fingerprint touchpad. Both leave a good impression in the test, even if we lack LED lighting. The key and click sound is comparatively quiet and pressure point, as well as feedback, can convince. The Acer Aspire F5-573G-52PJ, which is well-known for some, cheap notebooks, can be found only minimally at all. Thus, writers will have no problems.

The new Intel Core i5-7200U processor takes up the drive of the 15.6-inch notebook with 8 GB of memory. The power-saving two-core chip (dual core) operates in a situation-dependent manner with a clock rate of between 2.5 and 3.1 GHz. 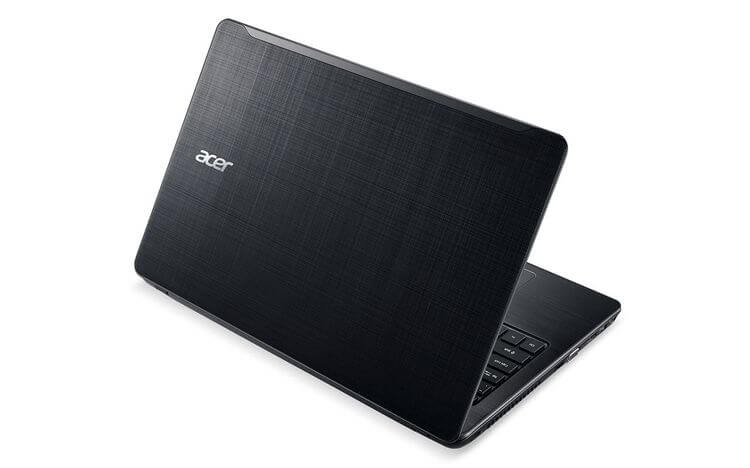 As a current Kaby Lake processor, the Core i5 is equipped with the integrated Intel HD Graphics 620 graphics unit. The Nvidia GeForce 940MX graphics card is also added to the Nvidia Optimus feature during intense tasks or games.
Thus, the Acer Aspire F15 in the multimedia area (Internet, movies, photos, music) is powerfully well-placed. For demanding games, however, you should look for other notebooks. Acer has, for example, the Predator series on offer. 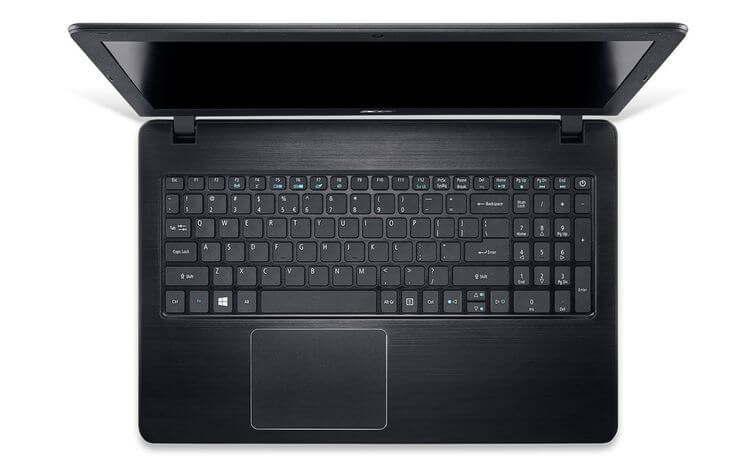 However, the 128 GB SSD, which is installed next to a 1,000 GB hard drive, provides in our model with its fast reading speed of over 550 MB / s for a speedy ramp-up of the laptop and for the correspondingly fast program starts. The write speed is 130 MB / s on average, but below average.

On the display, Acer chose a 15.6-inch panel with angle-stable IPS technology and a classic full-HD resolution of 1920 x 1080 pixels. The brightness leaves something to be desired. Despite a matt coating, you will feel the applied red pencil with an illumination of less than 200 cd / m² in sunny places or in bright, directly lit rooms. 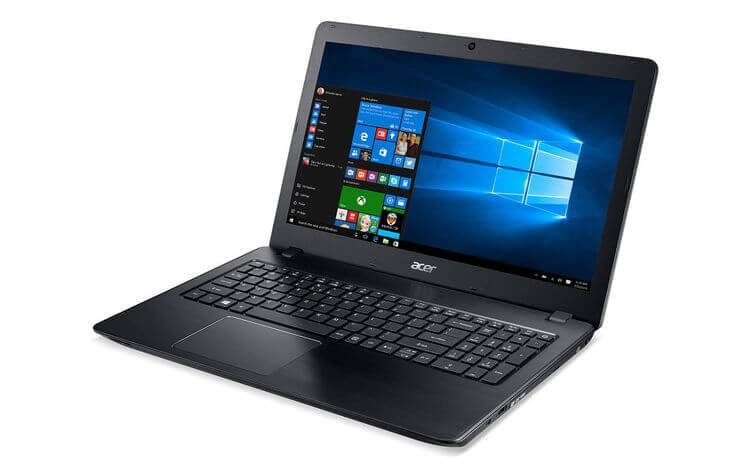 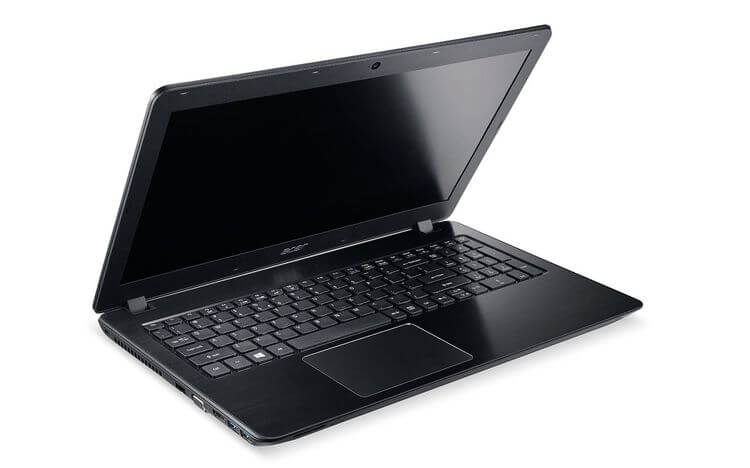 Finally, we examine the emissions of the Acer Aspire F15 notebook. This includes, in addition to the recharge time, the noise generation and the resulting temperatures. If we deactivate all radio connections and dim the screen illumination, the 15.6-inch idler reaches a running time of over 11 hours.
In a benchmark scenario that does not require maximum performance, the battery discharges after 1 hour and 45 minutes. The mean value of the maximum and minimum battery life reflects approximately a normal mixing scenario. If you use all facets of the Acer laptop, you will be able to work on average 6-7 hours away from the socket. The temperatures hold themselves with XX degrees Celsius in the frame and also the volume of the fans drops with 30-34 dB (A) not negatively.

The price is hot and above all so shortly before Christmas, the Acer Aspire F5-573G-52PJ should ensure proper attention. In the test, we meet a well-designed 15.6-inch notebook with solid input devices, a contemporary selection of connections and a usable battery life. 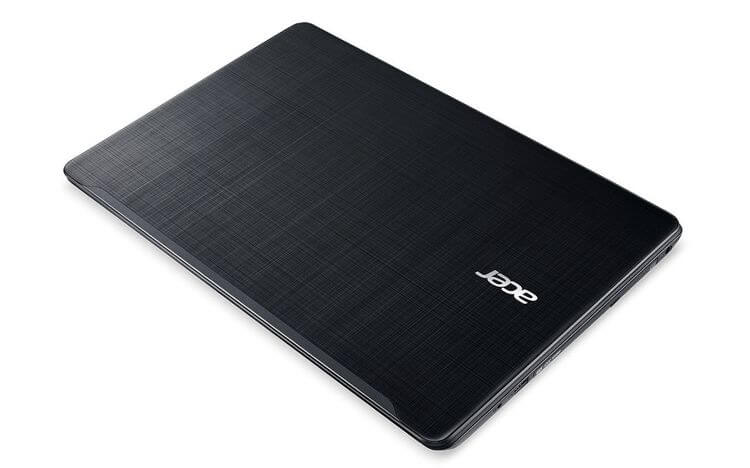 The components can also be seen. A current, fast Intel Core i5 processor meets 8 GB of RAM, the Nvidia GeForce 940MX and mass storage in the form of a 1 TB hard disk as well as the 128 GB SSD. The latter offers high reading speeds but lags behind when writing. A deficiency over which we can however ignore, finally it would be possible to change this component.
Regarding the FullHD display, Acer has set the red pen too strongly, however. The brightness is more than below average and also the contrast does not help the Acer Aspire F15 from the misery. For shady places, the matte screen may be enough, but in outdoor use, too, its limits are too fast. Here everyone has to decide in which scenario he would like to use the Acer notebook.
Apart from the quality of the 15.6-inch display, we can recommend the Acer Aspire F5-573G-52PJ to any bargain hunter.