Mar 6, 2017
Thanks to a new leak in the popular benchmark GeekBench an opportunity to evaluate the performance of Samsung Galaxy S8 and Galaxy S8 Plus. The results achieved so far cannot be called a particularly outstanding. However, it is yet to test copies. 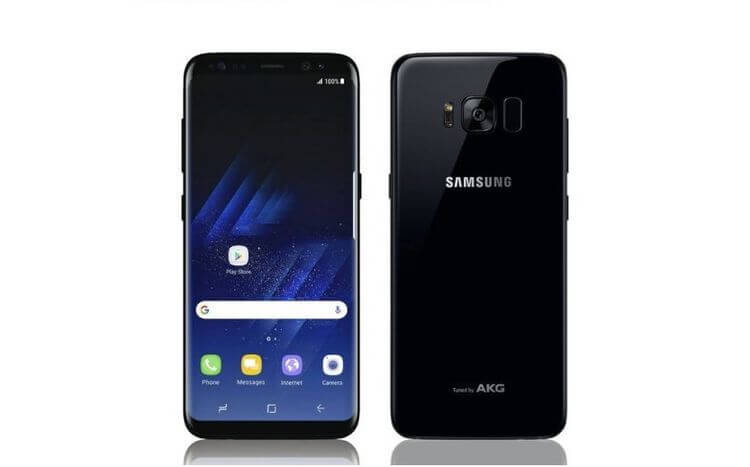 Directly in the benchmark “slept” operator variants of Galaxy S8 SM-G950U and S8 Plus SM-G955U, intended for sale in South Korea through theirs mobile operator LG U +.
They are based, contrary to established practice, is not on its own chipsets, the Exynos family, and on the Qualcomm Snapdragon 835. (MSM8998) Some analysts have rushed to the conclusion that in general, all Galaxy S8 / S8 Plus will use this processor.
In terms of performance Galaxy S8 (SM-G950U), the smartphone scored 1916 points in the single-core test and 6011 points is in a multi-core. Also, GeekBench results can be seen that the smartphone has only 4 GB of RAM and runs on Android 7.0 Nougat.
His “brother” Galaxy S8 Plus (SM-G955U) has received 1929 points in single-core mode and 6084 is in a multi-core. The amount of RAM and the installed OS is the same. In general, the performance of both versions, “the eighth galaxy” is almost equal. 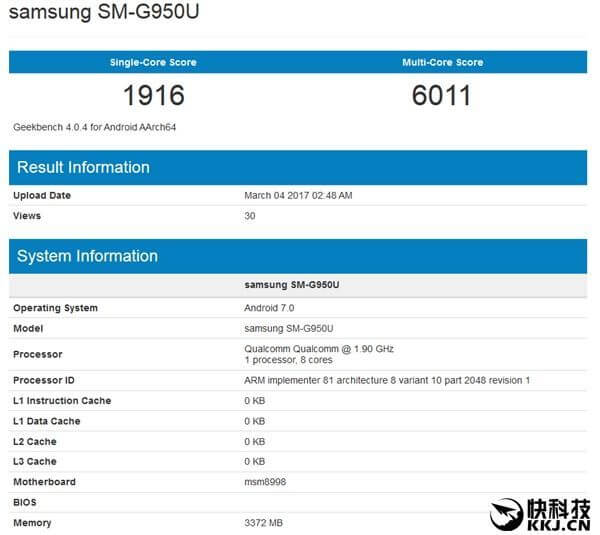 If this is the real speed computing performance Snapdragon 835, it is not surprising that LG has opted for LG last year the G6 Snapdragon chip 821. The last gaining allows the same OnePlus 3T gain 2326 points in single-core and 5475 points in multi-core test. 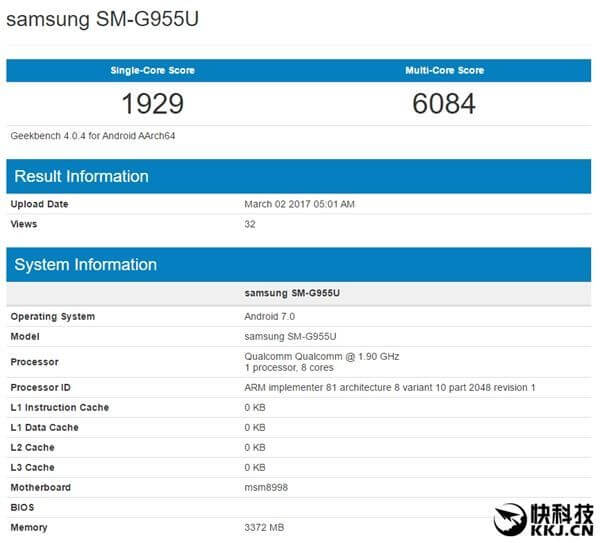 In terms of performance Kryo 280 nuclei that make up the CPU Snapdragon 835, clearly superior to conventional Kryo. And the new processor can only get ahead by doubling the number of cores. However and here it is not possible to repeat last year’s record Exynos 8890. 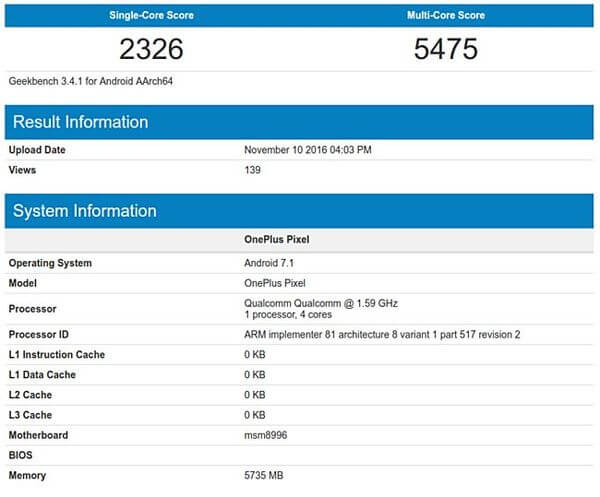 As proof that the performance of the new Samsung Galaxy S8 is not much different from its predecessor, it is possible to show the result obtained by the operator version of the Galaxy S7 SM-G930T (T-Mobile, US) made based on Snapdragon 820. 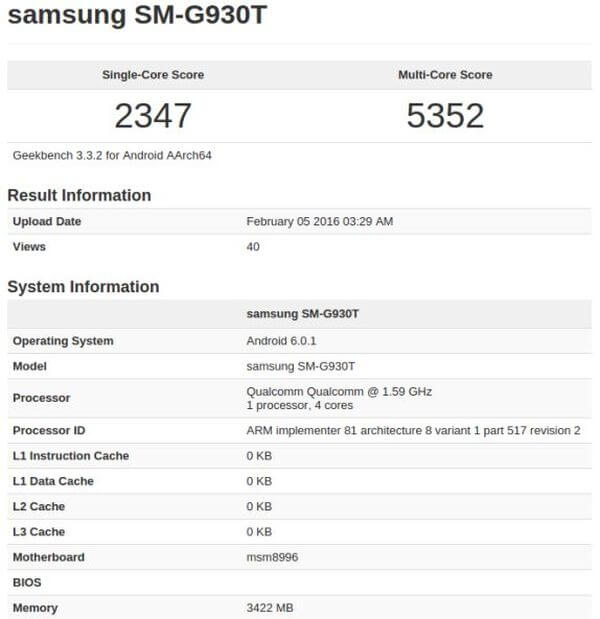 As we see almost no difference. It is hoped that today’s low rates of the new flagship Samsung are a consequence not yet well-established firmware. And the final version will show much better performance.