Mar 25, 2017
The projector for the home can be home cinema experience or TV replacement at the same time. 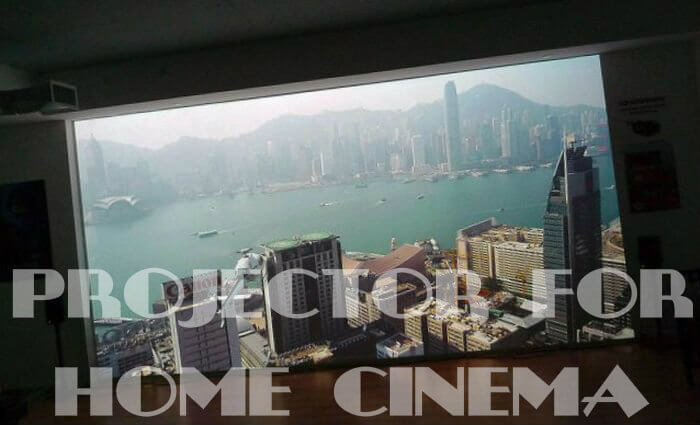 And it does not even have to cost much.
We present four projectors for which the price-performance ratio is right.
The times when the beamer was used for presentation purposes only in companies are long gone. In addition to a good hi-fi system, a beamer for private users is already almost the basic equipment when it comes to setting up a home cinema in its own four walls.
However, if you have looked around for a suitable device, you know: When it comes to price, there is no limit. Luxury models are often worth several thousand euros – which can considerably reduce the pleasure of a device.

But it is not necessary to spend so much money. We have looked for beamer models in the low-price segment, which can compete with significantly more expensive competing products. Four products that have convinced us are presented here.

Lenovo Yoga Tab 3 Pro has come up with something special. The tablet has a built-in projector – and can be easily converted to the home cinema. 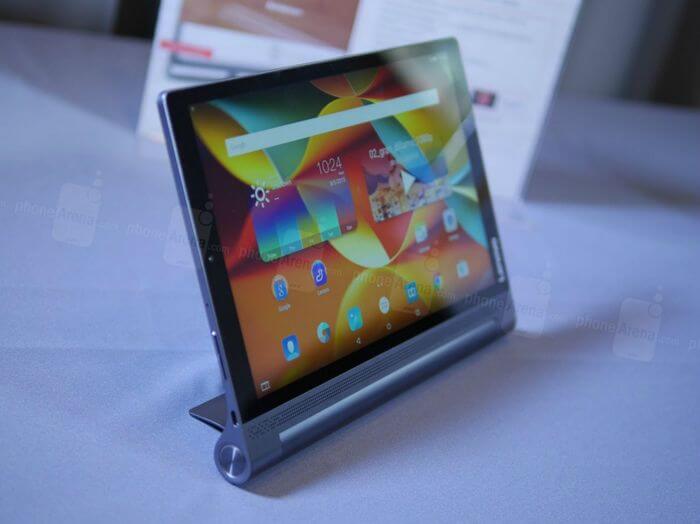 The fact that the tablet has Android as an operating system as well as Internet access has also clear advantages for the Beamer mode: streaming services like Amazon Prime Video or Netflix can be controlled directly via the device via the app so you can do without additional cables.
As a tablet, the Yoga Tab 3 Pro with a weight of around 700 grams is also very portable – an advantage that should not be underestimated if one cannot decide whether the home entertainment system should be used in the living room or better in the bedroom. And with a screen diagonal of about 180 cm, each room wall or ceiling becomes the projection screen – this is not yet a cinema screen, but still sufficient.
With 50 lumens of light power, the tablet is somewhat inferior to more expensive models – according to user reports, it provides in slightly darkened rooms nevertheless for an amazingly good cinema experience. In addition, you can at a price of around 470 euros over small prints with the light intensity completely overlook.
Tip: If you like the idea of using a handheld device spontaneously as a projector, you might also be interested in the Moto Z smartphone from the Lenovo subsidiary. The device can be used for a variety of purposes – including mini-beamer – through various mobile phone covers, the Moto Mods.
Despite the small size, this projector version has a diameter of about 180 cm. Since an additional battery is installed in the Mod case, the battery of the smartphone is protected.
Although the cover is not quite cheap with a good 300 euros – who already has a Moto Z anyway, this extension can be quite fun.

You already have a tablet and want a real beamer for the home cinema? Then we can recommend the EB-U04 3LCD from Epson. The manufacturer is more known for printers: with this device the company has a powerful and inexpensive beamer managed. 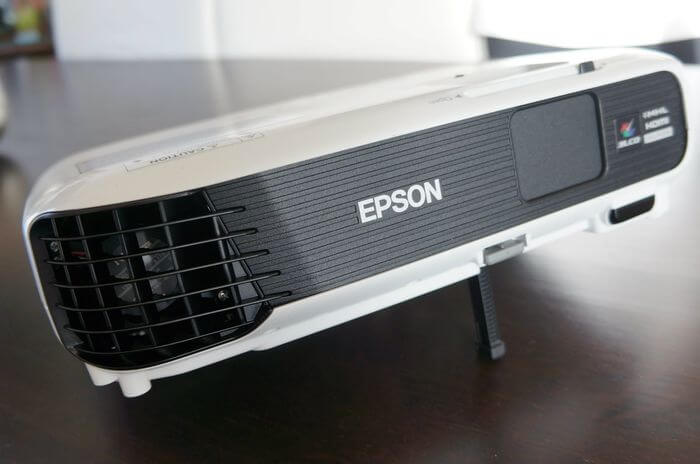 The device measures just 29.7 x 7.7 x 24.4 cm (W x H x D) and comes to 2.6 kilograms – so the Epson beamer is definitely portable. All the more astounding is the maximum image area that it can radiate: it brings the device to a whole 300-inch or 7.62-meter image diagonal.
The beamer has a white and color brightness of 3,000 lumens for strong colors, even in daylight – so you do not have to do without the football match of the favorite team at the next barbecue evening in the garden. The black is also beautifully reproduced because the contrast ratio is 15,000: 1 quite high.
Another plus: the Epson Beamer is capable of 1920×1200 pixels even full-HD capability – and are itself dependent on some more expensive competitors. So you can enjoy movies or video games also via beamer in the best picture quality.
As the device does not only have numerous interfaces, for example, two HDMI connections but also WLAN-capable, you can also wirelessly transfer your media from the tablet or smartphone.
The Epson EB-U04 3LCD offers a lot of beamer for a comparatively small price. On the Internet, the device costs about 570 euros and is a full-HD projector with a large image diagonal and a comparatively high number of lumens a real gain for any home entertainment system.

This projector comes from China and offers so many functions that one could already speak of a multi-talent in the pocket size. The Haiway H3000 is Beamer, Android-PC, and Akkupack in one and reminds in terms of form and design language at first glance strongly to an Apple TV, also function and remote control fit in the Apple look. 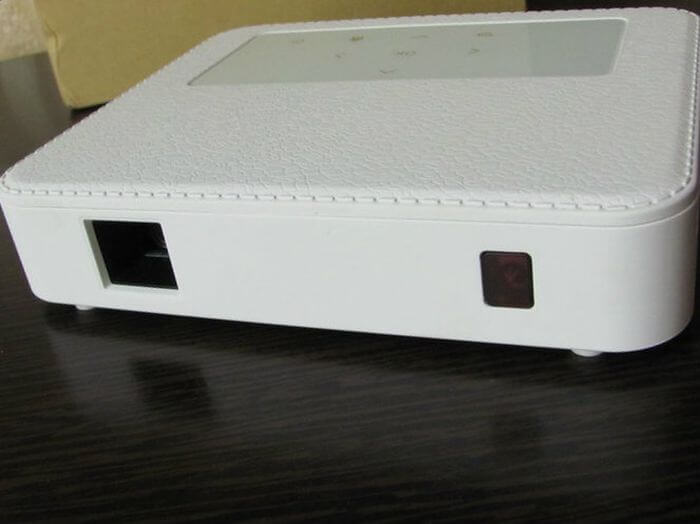 For this, the Chinese product offers much more than the model from Cupertino: the small projector inside holds a full-fledged Android 4.4, serves as an Akkupack with 3500mAh and can play without an average of three hours of movies.
The internal memory with eight gigabytes can also be expanded by Micro-SD by up to 32 gigabytes – so there is enough space for a small media library. However, this model is dispensed with an HDMI connection – and thus a gaming experience.
A great plus is the image quality. Here is 854 x 480 pixels may not sound like high-end, but for sharp images up to 100 inches, it is enough for a cinema experience but always.
The built-in speakers are less successful. For more than mini-games, this is not enough. However, you can pair the speakers of your choice using an AUX input or Bluetooth.
Important: The device is available in a variety of names and abbreviations in the online shops of Gearbest, Banggood, and Co. – and also at very different prices.

It looks like a “big” and is nevertheless hardly larger than a Nintendo Wii U. The cheap Beamer of Irulu is available at Amazon already for 95 euros. 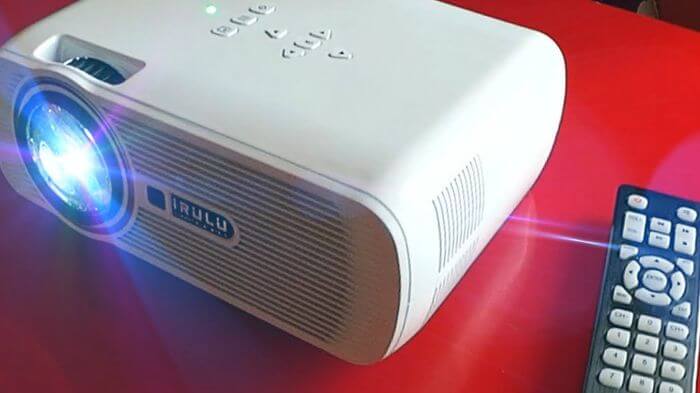 Name back and forth: The Irulu mini-LED projector with its many connections comes closest to a “classic” projector.
In addition to HDMI, VGA and component cables, it also has a USB input and an SD card slot. In addition, an antenna can be installed to even receive television programs (analog) with it.
The built-in LED should have a service life of more than 20,000 hours. The brightness is indicated by the product description with 1000 lumens. This is enough to make the image on the wall diagonally to the wall – but with a resolution of 800 x 480 pixels, you have to make a compromise.
A significant drawback: Even if the Irulu could go through as an absolute price-performance miracle, you should be aware that almost every component was saved. However, anyone who can live with a sub-optimal picture and a loud fan will not regret his purchase.