Mar 30, 2017
Samsung is re-launching its 360-degree Camera 360. Together with the Galaxy S8, the manufacturer presented the Gear 360 (2017) in New York and London. It can record videos in 4K and stream live on the net. It is also characterized by a new design. 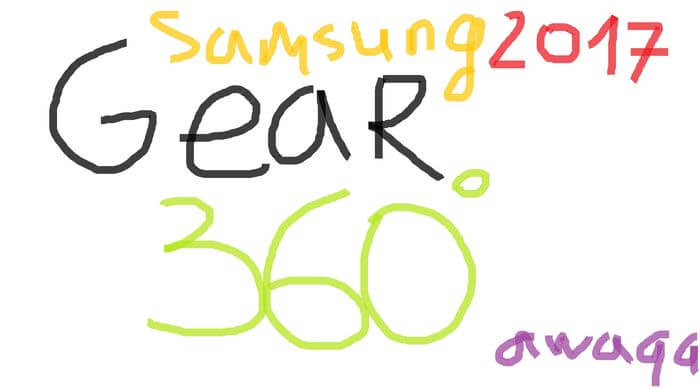 Samsung is re-launching its full-spherical Camera Gear 360. As part of the Galaxy S8 Launches, the South Korean manufacturer also presented a new version of its gadget for 360-degree recordings. The second generation of the Gear 360 has a new design. The camera is no longer round like a ball but a rod-shaped. Samsung is thus matching the design to the competitor Ricoh Theta S. According to Samsung, the camera should be so easier to hold for the user.
But not only visually has a lot done, also technically Samsung has bounced the Gear 360 (2017). This allows the cameras to record 4K video. The first Gear 360 was able to record videos at maximum in 2K. 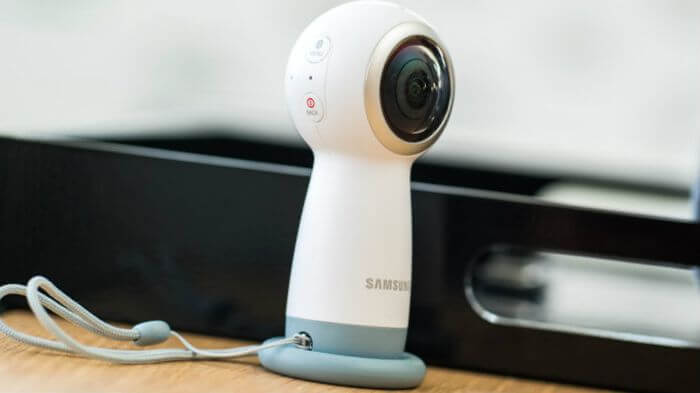 Samsung also provides a live streaming feature. So you can transfer your 360-degree video directly to the Internet – for example on the video platform YouTube or in the social network Facebook. The competitor of Ricoh has already provided a corresponding function for a long time.
In addition, Samsung extends the compatibility of the camera. The Gear 360 (2017) can no longer be used only with Samsung smartphones, but also with the iPhone. Supported are the iPhone 7 (Plus), iPhone 6s (Plus) and the iPhone SE.

At the Unpacked Event, Samsung did not provide any details about the price and availability of the Gear 360 (2017). The 360-degree camera is expected to come on the market in late April along with the Galaxy S8. The predecessor cost 349 euros, in the run-up to the presentation circulated on the net but also rumors Samsung will offer the new Gear 360 already for 230 euros.