Mar 17, 2017
Owners of a Fossil Q Smartwatch are welcome. As the company announced today, the rollout of Google Android Wear 2.0 has begun. Google’s latest SmartWatch OS has been available since the end of February and includes support for Google Assistant and native apps. 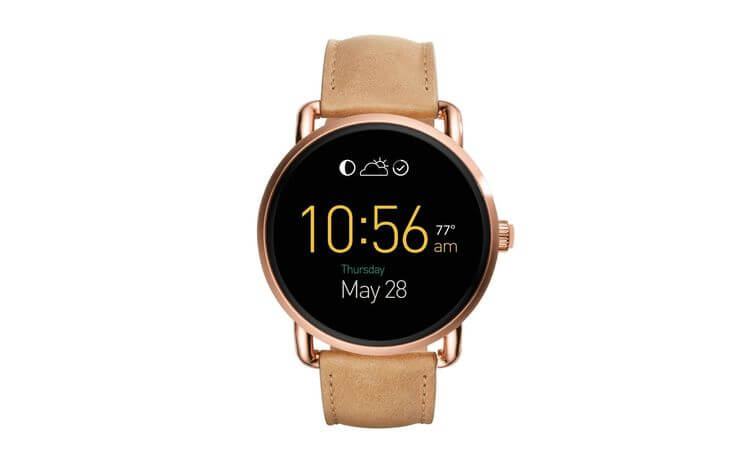 The jeweler and watch manufacturer Fossil today made an interesting announcement for all owners of a Fossil Q Smartwatch. The wrist watches delivered with Android Wear now receive an update to version 2.0 of Google’s wearable platform.
According to official data, the Smartwatch Fossil Q Wander is powered by Android Wear 2.0, followed by Q Marshal and Q Founder. As usual with the delivery of software updates for mobile devices, it should be noted that the update is also executed in several waves. Until world-wide every owner of one of the aforementioned Android Wear watches Fossil has received a corresponding update notification so quite a few days elapse.
Android Wear 2.0 brings users of the Fossil Q Smartwatches, among other things, the possibility to ask the assistant Google Assistant directly from the wrist with questions. In addition, text messages can now be reacted using the clocks, for which the user is offered a few predefined answers as well as the input via mini-keyboard or handwriting recognition. Furthermore, version 2.0 of Googles Smartwatch-OS includes a larger range of functions for apps (including App Store directly on the clock), as well as various minor adjustments to the interface and the notification system.
In addition to Fossil, other smartwatch manufacturers have also announced updates to Android Wear 2.0, but the Q hiking models are now among the first to be actually supplied. Apart from this, LG and Huawei recently introduced brand new watches with Android Wear 2.0 a few weeks ago.