Enormous Huawei Honor Note 9 was shown on photo in network

Mar 28, 2017
Wanted to remain an unknown insider published the first photo of Huawei Honor Note 9 is an enormous smartpad, the output of which is expected in August 2017 or so. 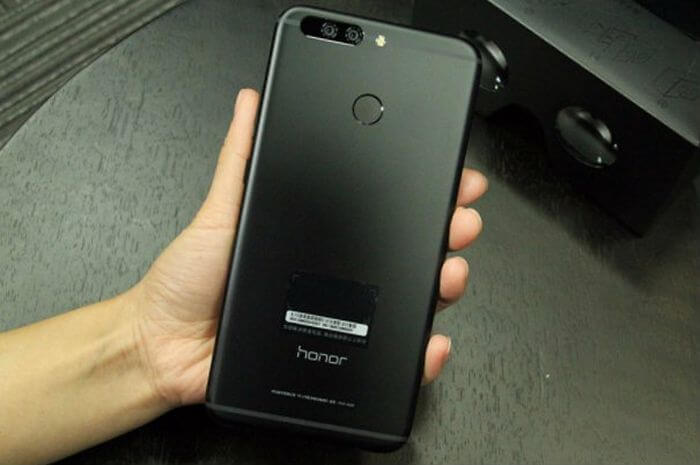 If the photo is accurate, then Honor Note 9 will look something like the middle between Apple iPhone 6s Plus (horizontal inserts for antennas) and iPhone 7 Plus (black color and dual main camera).
The fingerprint scanner on the smartphone on the photo is placed on the back cover, so Huawei Honor Note 9 will most likely not get a hardware button “Home” unlike the flagship P10 and P10 Plus.

The remaining technical features of the future novelties remain “behind the scenes”. We can assume that the device will have an electronic “stuffing”, similar to the flagship Huawei P10, P10 Plus and Mate 9 (HiSilicon Kirin 960, 4/6 GB RAM LPDDR4x).
Also, there are grounds to expect Honor Note 9 to have a huge 6.6-inch Super AMOLED screen with QHD resolution (1440 × 2560 pixels), a modern USB Type-C 1.0 interface for connecting to a PC and charging and a capacious battery of at least 4500 mAh.
Unlike the “senior” flagships of the Mate and P rulers, the more affordable Note 9 will not have optics from Leica, but otherwise the dual main camera should be similar to it (12 MP + 20 MP, one color sensor and the other a black-and- White, imitation of the hardware zoom).

As we said at the beginning, this smartphone should be suggested no later than August of this year. More accurately, the timing of the release will be known closer to summer.