Mar 30, 2017
The unusually large and wide display Samsung Galaxy S8 is the main chip of the new flagship from South Korea. There is every reason to assume that the manufacturer thus launches a new fashion in the world of smartphones. 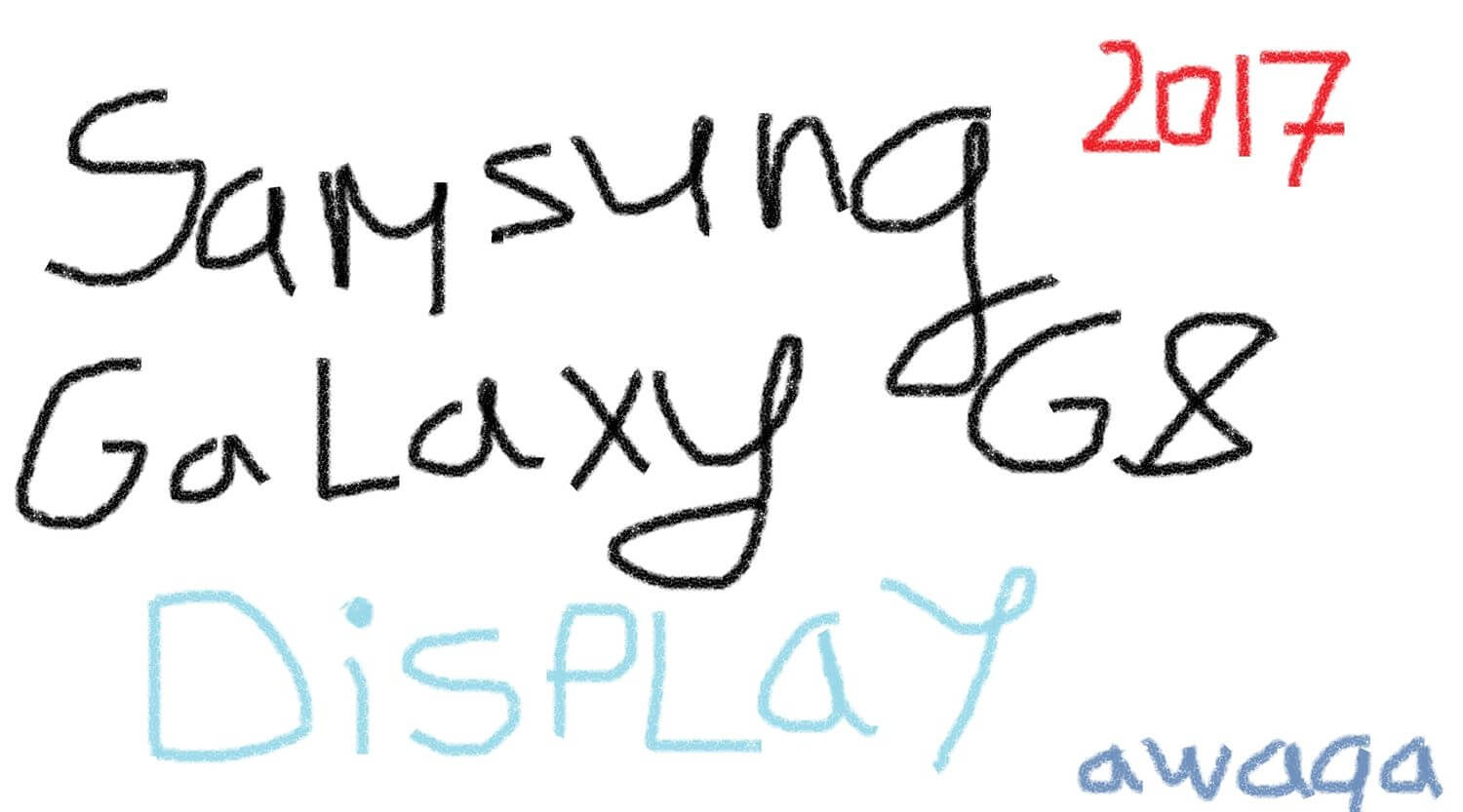 Most importantly, although the Galaxy S8 display has grown in size by as much as 0.7 inches (from 5.1 to 5.8) compared to last year’s Galaxy S7, the overall dimensions of the device have not changed much. A version of the Galaxy S8 + has a huge 6.2-inch screen, but similar in size to the Galaxy S7 Edge (5.5 inches).
To do this, Samsung even went to the abandonment of the hardware button “Home”, which has been a constant attribute of the company’s flagships for the last 10 years (you can recall the Samsung F700 and i780), and the fingerprint scanner migrated to the back side to the right of the lens of the main camera. 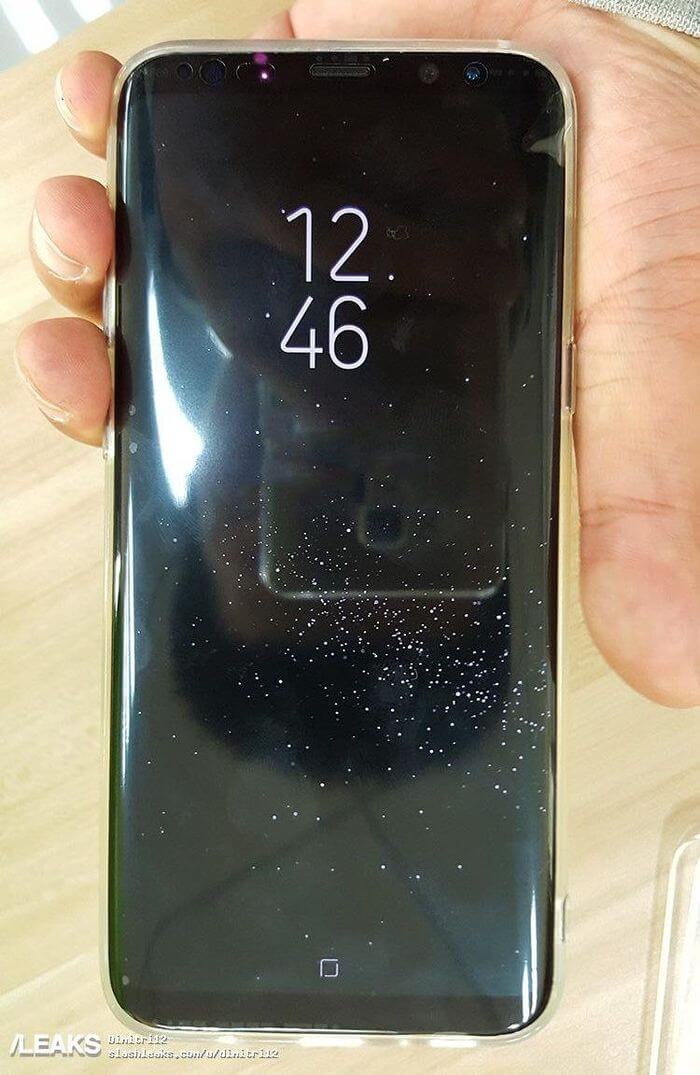 However, the advantages of the Galaxy S8 display do not end there. The screen resolution is now as much as 2960 × 1440 pixels (WQHD +), that is, the screen of the Samsung flagship is even wider than that of the LG G6. This can be very handy when watching movies and in gaming applications.
And just vertically, there is much more information now, even despite the on-screen control buttons. The type of matrix is favorite by the Korean giant Super AMOLED, which means bright juicy colors and excellent color rendition. 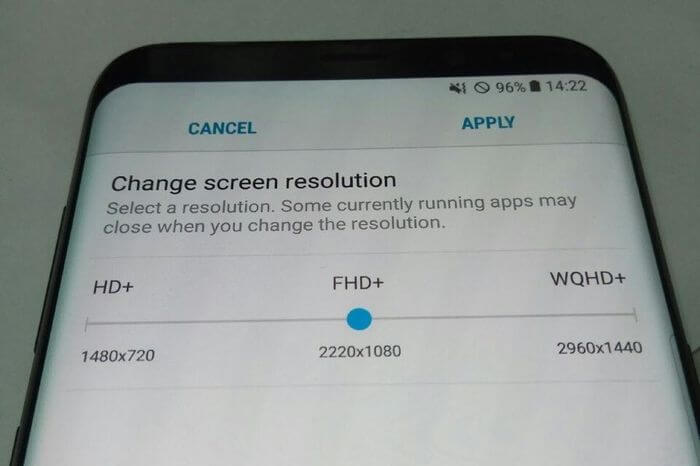 However, the Samsung Galaxy S8 display has a number of interesting options. In particular, this is the ability to change the screen resolution, which is absent on most Android gadgets. There are three options available: HD + (1480 × 720), FullHD + (2220 × 1080) and WQHD + (2960 × 1440).
The default is the second (FullHD +), which is optimal in terms of performance and save battery power. If you need even more speed and autonomy, set HD +, the maximum clarity of the picture and there is where to recharge if necessary – WQHD +.
In addition, the Galaxy S8 display supports recognizing the force of pressing a screen like the 3D Touch. However, in the current version of the firmware, this feature is practically not used.
It should be noted that this year both Samsung flagship modifications have curved side faces, so the Edge prefix in the name became redundant and was replaced by plus in a larger version. 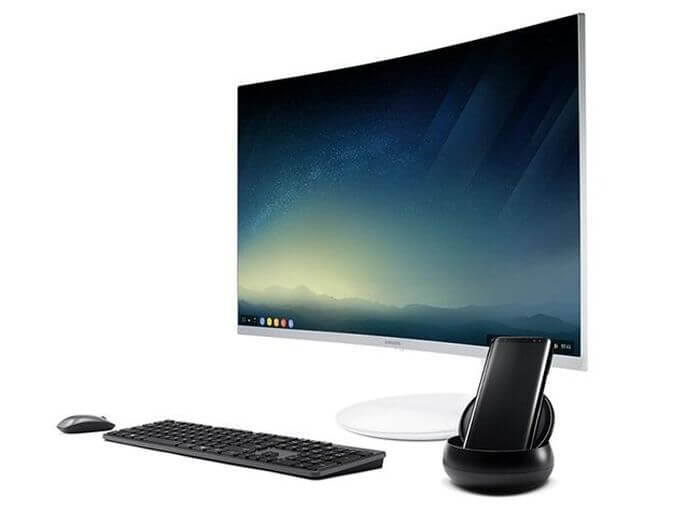 If you suddenly find a little Samsung Galaxy S8 display, you can use the special DeX docking station, which will turn your smartphone into an almost full-fledged PC (Galaxy Desktop technology, similar to Microsoft’s Windows Continuum).