Mar 29, 2017
The Polish company Wilk Elektronik, which owns the brand Goodram, announced in Europe SSD-drives budget CL100 series. New solid-state disks are built on TLC memory and are equipped with a dual-core controller. Due to such a configuration, according to developers, it is possible to achieve 20-fold growth rate compared to traditional hard drive. 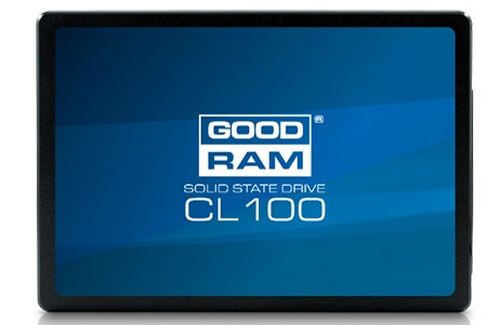 Representatives of the CL100 family support the SATA III interface. Speed Reading data in case version 120 GB reaches 500 MB / s, recording – 320 Mb / s. Option 240 GB capacity little faster: 510 and 400 MB / s, respectively.
Disks are made in a form factor of 2.5 inches, and their thickness is 7 mm. To models attached expander 2.5 mm, providing a disc compatible with both new and less modern computers. This allows the CL100 to be used to upgrade an outdated PC, and also as the primary data carrier in a new computer.
The discs are provided with a three-year warranty with free technical support during this period. The prices of the CL100 family of drives are not yet specified.